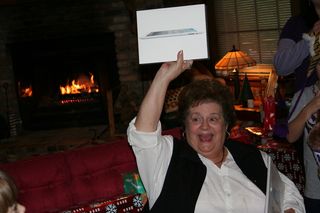 Figures just out from communications regulator Ofcom suggest that tablets are becoming increasingly popular among the over-55s. It seems 28% of this group own one and for many, it has become a go-to main device.

The classic stereotype is that as people get older they are more likely to be technophobes – and, for a long time, reports like Ofcom’s seemed to indicate that this was true. But while this group still isn’t as digital as their children, the growth of tablets across the general population seems to suit them well. Designers should learn from this trend and think more about what older generations want when they produce products. Despite their spending power, these people are being systematically left out as we develop exciting new devices.

It’s really not surprising that some older people do not use digital products and services designed for younger people. For someone who has not grown up with digital devices, the sheer range of potential applications and functions on a laptop or desktop computer can be overwhelming. When it comes to tablets, the big attraction for older people appears to be the simplicity associated with the app model on which most run.

Instead of learning a complicated operating system for a general purpose computer, the tablet is more appliance-like. It comes straight out of the box in a simple state. Users simply click on pre-installed app icons to get particular functions going and if there are some they don’t use, they can simply ignore or delete them. They can go on to customise their tablet by installing more apps and rearranging them in a way that makes most sense to them. It essentially only does what you want it to do. If you really didn’t need anything more, your tablet could exist only as a camera.

Tablets are deceptively simple. They are really fully-fledged computers in disguise, whose functionality can be hidden or specialised to make it behave more like a single function gadget. The set-up stage for a new tablet is often more complicated than an uninitiated user would like, but it only needs to be done once and tech-savvy relatives are often on hand to help.

Our research shows why the tablet category is so attractive to older people but also suggests that all kinds of innovation is possible if tech manufacturers are willing to consider what they want. In a series of innovation workshops we showed various technology prototypes to both digitally engaged and digitally disengaged older people.

Back in autumn 2009, before the iPad was born, we showed a custom tablet aimed at older people. It supported a basic set of communication and web browsing functions and the interface could be easily adapted to display a larger font or play louder audio.

Not only did both groups love the concept, they re-designed it in ways we hadn’t expected. They turned it into a detachable wall display, an information book, a television remote control or an information hub with integral printer.

Tablets are often pitched at the young and trendy but there are lots of things tablet manufacturers could do to tailor their products to an older market. They could include wireless keyboards, articulating docks and accessories which unlock new services such as health and well-being monitoring, for example.

But the biggest thing they could do would be to involve older people themselves in the process of design, in something as simple as an extended focus group to re-design new product ideas. If that Ofcom figure is to climb higher, this group needs to be included at the level of technology design as well as technology use. Until this happens, large parts of our population will continue to be excluded from the best technology.

David Frohlich receives funding from the UK Research Councils and other funding bodies. The work cited in this article was funded by the New Dynamics of Ageing programme as part of the SUS-IT project, and the Nominet Trust as part of the Tailoring Technology project: http://www.dwrc.surrey.ac.uk/ David is a member of the Design Research Society, The Association of Computing Machinery and a Fellow of the Royal Society of Arts.