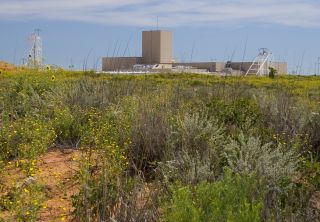 So-called "green" kitty litter may be a good idea for eco-conscious cat lovers, but it's a bad idea for nuclear waste storage.

That's the assessment from an investigation into a radiation leak that occurred at the only nuclear waste storage site in the United States, the underground Waste Isolation Pilot Project (WIPP) located east of Carlsbad, New Mexico.

The radiation leak occurred Feb. 14: Nine days earlier, a truck inside the underground facility caught fire. Though the two events were likely unrelated, investigators fear they both resulted from a lax safety culture that has developed at the nuclear waste facility, according to the Associated Press. [Nuclear Security: Best & Worst Countries (Infographic)]

"I'm just dying to know why this happened and who approved it, because it was a dumb idea," Jim Conca, a scientist who worked at WIPP from 2000 to 2010, told the Associated Press, referring to the organic kitty litter. "You just can't make a change to the procedure without reviewing it."

Though it may seem strange to use a product as mundane as kitty litter to safeguard the nation's nuclear waste, kitty litter has been used for decades at industrial facilities.

Older types of kitty litter are made of clay — especially bentonite clay — which readily absorbs and holds liquids. Cat litter and other clay-based compounds are frequently used at oil drilling facilities, petroleum bulk plants and gas stations to clean up spills and control liquid wastes.

Clay-based cat litter can also be used to control odors and mold in garbage cans and diaper pails; eliminate oil, engine coolant and other driveway stains; clean up spilled paint (before it dries); eliminate rodents; and add traction on icy roads and sidewalks.

"Cat litter has been used for decades in radiochemistry labs and nuclear facilities to stabilize certain radwastes [radioactive wastes], like liquid scintillation solutions, evaporator bottoms and other materials," Conca wrote in Forbes, referring to industrial wastes that contain radioactive material.

However, the switch from clay-based kitty litter to an organic kitty litter — which is usually made from wheat, corn and recycled paper or pine sawdust — may have triggered a chemical reaction that led to the radiation leak at WIPP, according to the preliminary investigation.

How safe is WIPP?

The ongoing investigation at WIPP, which is about 2,100 feet (640 meters) underground in geologically stable salt deposits, has yet to determine the exact cause of the radiation leak. "Kitty litter is in the field of theories," Jill Turner, spokeswoman for the New Mexico Environment Department, told Reuters.

WIPP had operated since 1999 with no significant safety problems, officials have asserted. The facility is expected to hold nuclear material safely for millions of years into the future — the salt deposits in the region have been stable for more than 200 million years.

Nonetheless, officials are concerned that investigators found melted plastic and rubber on some of the drums and boxes holding radioactive waste, suggesting that some kind of heating occurred in the area where the waste is stored.

"I just hope it doesn't take years to get back on track, because it would be a shame," Conca told the Carlsbad Current Argus. "It is wrong to erase 15 years of a perfect record. Look at the chemical industry or the oil industry. People die from explosions and no one calls to shut down the oil industry."