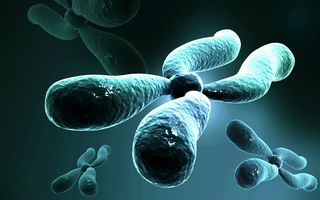 Men have lost most of the genes originally included on the Y chromosome during evolution, but those genes essential for survival have persevered, new research finds.

Many of the remaining Y chromosome genes appear to have little if any role in determining gender or producing sperm, but rather are active throughout the body and may contribute to differences between men and women with certain diseases, researchers said.

"All the survivor genes across different species had some common traits that differentiate them from genes that didn't survive. They are special, not lucky," said study author Daniel W. Bellott, a research scientist at the Whitehead Institute for Biomedical Research, in Cambridge, Mass. "We think that these genes are very important for male development, and are essential for male viability."

In the new study, scientists reconstructed the evolution of the Y chromosome in humans and seven other mammals to find if chance was involved in deciding which genes survived, or if something set these genes apart from those lost during evolution.

Results showed that the surviving genes are expressed in many more tissues throughout the body than the genes that didn't survive. The survivors are also involved in decoding and interpreting many other genes across the genome.

Moreover, for an organism to survive, many of these genes must pair with their corresponding copies on the X chromosome. In other words, it would have been fatal for the organism to lose the Y-copy of these genes, according to the study published today (April 23) in the journal Nature.

One gene on the Y chromosome determines gender: its expression triggers the formation of the testis, which produce sperm and sex hormones. These hormones give rise to other male traits, such as a muscular body and deep voice. However, researchers say this is only one part of what the Y chromosome does.

"Sex determination is really the role of one gene," Bellott said. The rest of the genes on the Y chromosome may give rise to subtle differences between the genders in other tissues across the body.

"These genes may be doing a lot of things that are underappreciated. They may play a large role in differences between males and females outside the reproductive tract," he told Live Science.

Many diseases occur at different rates in men and women, but are not fully explained by sex differences. For example, autism is more common among boys than girls, whereas autoimmune diseases are more frequent among women.

Next, the scientists plan to study what the Y genes do, and what differences they bring about between female and male cells, which could be fundamental to biomedicine, the researchers said.

"All of the myriad differences between human males and females — from anatomy to disease susceptibility — arise from differences in the genes of the X and Y chromosomes," they said.