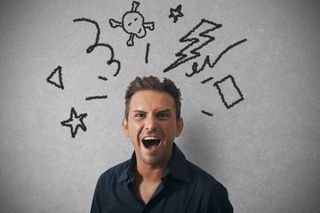 "Don't get mad, get even," may not be the best advice in all competitive endeavors. In fact, anger can sometimes help people win, new research suggests.

When people are made to feel angry in a game of strength, they tend to perform better. In games of strategy, anger is a handicap. Competitors, however, seem to realize this, the new study suggests — and they take advantage of their opponents' emotions.

"You shouldn't look at emotions as something irrational," said study researcher Uri Gneezy, a behavioral economist at the University of California, San Diego and authoer of the book "The Why Axis: Hidden Motives and the Undiscovered Economics of Everyday Life" (PublicAffairs 2013). "Using emotions is not a mistake. The real talent, the real art of using emotions is knowing how to manipulate other people's emotions." [Mind Games: 7 Reasons to Meditate]

In the new study, published today (Jan. 13) in the Journal Proceedings of the National Academy of Sciences, Gneezy and his colleagues give a world-famous example of the power and peril of anger. During the 2006 World Cup soccer match, French player Zinedine Zidane got into a typical trash-talking altercation with Italian player Marco Materazzi. When Materazzi made a crude remark about Zidane's sister, however, the French player lost his cool, head-butting Materazzi. With Zidane sidelined for the aggression, the Italian team went on to win.

The case is clearly an example of anger going awry for Zidane, Gneezy told LiveScience. But given that it worked out so well for the Italian team, was there a chance that Materazzi was trying to bait Zidane into doing something rash? And do people do the same in everyday negotiations?

To find out, Gneezy and his colleague Alex Imas, also of UC San Diego, recruited male undergraduates for two competitive experiments. In the first, 140 young men went head-to-head in a contest of strength, squeezing a device that measured force. The stronger of each pair of competitors won $5.

But there was a twist. Between the first and second rounds of the strength test, one man out of each pair was allowed to assign up to 20 minutes of boring, unpaid administrative work to the other. The decision-maker was told that his opponent, the worker, would be informed of the assignment either immediately before Round 2, or 10 minutes before. For each five minutes assigned, the decision-maker would earn 50 cents, while the worker would make nothing.

Unsurprisingly, the men assigned lots of boring work were unhappy — and it showed in their strength. Men assigned to 20 minutes of extra work who were told immediately before the strength test about their bad fortune got a strength boost. A delay of 10 minutes erased the effect.

Next, Gneezy and Imas set up a game of skill. This time, 120 male undergrads partnered up for a computerized dueling game, in which each participant had to take turns choosing whether to shoot their opponent or to step closer, decreasing their odds of missing but risking being shot while they waited for their next turn. The winner got $5.

Again, one participant played the role of decision-maker, assigning the second participant unpaid busy work. This time, though, the researchers figured that anger would not be a boon. In a game of strategy, getting mad was likely to cloud the judgment.

Sure enough, participants who were given a full 20 minutes of work and told that news immediately before playing chose to shoot first 70 percent of the time, compared with 25 percent of the time for those given less work. Those who were less angry were more deliberate, waiting to move closer before taking a shot.

The researchers then analyzed the monetary cost and benefit of anger in both games. They found that when participants assigned their opponents 20 minutes of work in the first game, those decision-makers actually lost an average of $1.45, because the opponent's anger made him more likely to win the strength game.

In contrast, assigning their opponent 20 minutes of work netted participants an average of 28 cents in the game of skill, because anger clouded the opponent's judgment.

This strategizing was likely subconscious in this case, Gneezy said. But in many situations, people likely deploy emotions deliberately.

"A good negotiator, a good lawyer, a good politician will think about ways to manipulate the emotions of the other side," he said.