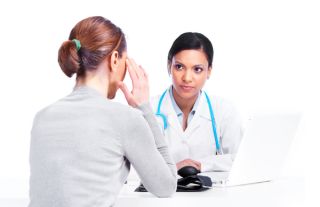 Only 1 in 6 U.S. adults say their doctor has ever discussed alcohol use with them, according to a new report from the Centers for Disease Control and Prevention.

The findings show that most health care providers don't talk about alcohol, even with patients who may drink too much. About 38 million U.S. adults report binge drinking, but only 1 in 4 binge drinkers said a health professional had ever talked with them about the dangers of excessive drinking, according to the new report, which surveyed about 165,000 people in 44 states in 2011.

"Drinking too much alcohol has many more health risks than most people realize," CDC director Dr. Tom Frieden told reporters today (Jan. 7). "We have found that a vast majority of people who see a doctor are not talking about alcohol. Brief intervention -- that is, alcohol screening and brief counseling -- can substantially reduce amount of alcohol consumed," Frieden said. [7 Ways Alcohol Affects Your Health]

Studies have shown that asking patients about their drinking behavior and briefly counseling heavy drinkers on health risks effectively reduces alcohol consumption, and these practices are considered important in preventing disease, similar to blood pressure and breast cancer screening, the researchers said. Since 2004, the U.S. Preventive Services Task Force has recommended that primary care doctors discuss alcohol use with all adult patients.

"We have this tool, this technique that works very well to the address the problem [of excess drinking], but it's not being used," Frieden said.

"At least 38 million adults in the United States drink too much," Frieden said. "One thing that many people may not recognize is that the vast majority of those individuals are not alcoholics. In fact, for every one person who is alcoholic, there are about six who are problem drinkers, drinking enough to adversely affect their lives, their work and their family situation."

Drinking too much can lead to health and social problems, including heart disease, cancer, sexually transmitted diseases, fetal alcohol spectrum disorders, motor-vehicle crashes and violence. Excessive drinking accounts for about 88,000 deaths in the United States each year, according to previous reports.

"What's striking is that, many of those drink too much are not informed about dangers of excess drinking. If the doctor doesn't address that, they can't be informed," Frieden said.

The new survey also found that among adults who binge drink 10 or more times a month, only 1 in 3 have ever had a health professional talk with them about alcohol use. About 17 percent of pregnant women said they had discussed alcohol use with their doctor, the same percentage as nonpregnant women in the survey.