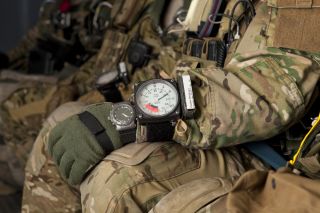 Skydiving comes with some inherent risks, of course. But an extreme style of skydiving originally developed for military operations and known as HALO, or high-altitude low-opening jumps, has proven deadly for one parachuter.

On Monday (Sept. 23), 56-year-old Randall Mathews of Perris, Calif., was performing a group HALO jump in Fayette County, Tenn., when he disappeared. Several hours later, his body was found in a remote wooded area. Mathews' parachute had deployed, but it's unclear if the parachute fully opened before he hit the ground, WREG.com reports.

HALO jumps were developed by the military for covert operations over enemy territory — the objective was to prevent detection of the aircraft and the jumpers, according to GlobalSecurity.org. In a HALO jump, parachuters leave the plane at altitudes of up to 30,000 feet (9,100 meters) and free fall down to about 3,500 feet (1,100 m), opening their parachutes at the last possible moment to avoid being spotted by enemy troops.

Jumping from that height, parachuters reach speeds of about 126 mph (203 km/h) and will free fall for about 2 minutes. Because of the high altitudes from which they jump, parachuters need to wear oxygen masks and carry an oxygen tank. Hypoxia, a serious condition caused by a lack of oxygen in the blood, is one of the risks associated with HALO jumps.

Decompression sickness, also known as "the bends," can also occur when the jump aircraft ascends rapidly to its final altitude. To address these and other risks, military personnel and extreme adventurers must undergo training before attempting a HALO jump.

At this point, it's unclear how Mathews died; an autopsy will determine the cause of death, WREG reports.