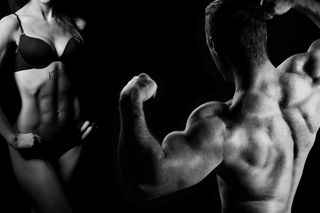 Abusing steroids to build muscle has been clearly linked to numerous health problems, from high cholesterol to liver damage, but it's less certain whether steroid use can produce the psychotic episode called "roid rage."

The term first appeared in the mid-1980s, after a series of high-profile violent crimes committed by bodybuilders. Researchers are split on whether the popular image of roid rage as an uncontrollable, Hulk-esque fury actually exists. Doctors who do believe in the condition see it as a type of impulse control; roid ragers overreact to an event that normally wouldn't set them off.

Steroids (technically known as anabolic steroids) work by mimicking the hormone testosterone, which causes most of the changes boys experience during puberty, including a deeper voice and increased muscle mass.

Studies have shown clear associations between testosterone and aggression. In general, hormones — the body's chemical messengers — work by attaching to target cells and changing their behavior. The chemicals can affect mood by targeting nerve cells.

But research shows conflicting results for the existence of steroid-induced rages. If they do exist, they happen rarely, and likely only among excessive users with pre-existing psychological issues.

In men, steroid abuse is associated with a range of side effects, including acne, shrunken testicles, baldness, decreased sperm count, and breast development (gynecomastia).

Among women, steroid abuse can cause a loss of body fat, reduced breast size, a deepening of the voice and the growth of facial and body hair. And in severe cases of steroid abuse, heart attack, stroke, blood clots, liver cancer and liver failure can result.