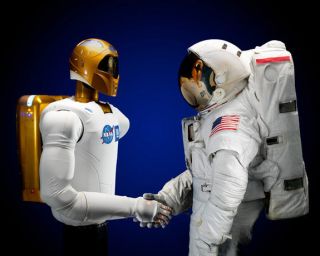 Kathleen Conlee is vice president, animal research issues, for The Humane Society of the United States. She contributed this article to LiveScience's Expert Voices: Op-Ed & Insights.

Efforts are underway — and moving at an exponentially increasing pace — that ultimately will yield medical- and cosmetic-testing technologies that provide timely and accurate results while sparing animals from needless suffering, or worse.

This is an exciting time — what seemed like science fiction just a few years ago is reality today. This includes the ability to grow human cells in a scaffold that mimics and functions as a living organ does — for example, human skin and liver — and a wide array of in vitro testing systems that, combined with interpretive computer algorithms, predict increasingly complicated biological outcomes for drugs and other therapeutic agents.

In 2007, the U.S. National Research Council first expressed the need to redesign chemical testing completely, inspiring companies to rethink the ways in which they conduct product testing. Since then, several institutions have received funding to develop technologies in nonanimal biological research, bioinformatics and engineering.

The Humane Society of the United States (HSUS), for example, recently invested in the Hurel Corporation, which has designed miniature, functioning 3D liver cultures that will allow scientists to study how liver cells metabolize chemicals and drugs.

The Wyss Institute at Harvard University in Cambridge, Mass., is developing a wide variety of organ-on-a-chip systems , funded by the U.S. Food and Drug Administration (FDA), the National Institutes of Health (NIH) and the U.S. Department of Defense, all with the aim of replacing both chemical and drug testing on animals.

Sentiment is growing around the world to end animal testing. Both India and the European Union now prohibit testing cosmetics on animals, and a recent poll showed that a majority of Americans oppose it.

Moreover, regulators globally are embracing the idea that animal testing can be progressively replaced with more accurate, human-relevant and predictive methods.

Here in the United States, collaboration among the FDA, the NIH and the Environmental Protection Agency — an effort known as Tox21 — is bringing experts from those agencies together to develop nonanimal test methods, hundreds of which can test a large number of chemicals in a very short time frame — a process known as high-throughput testing.

In Europe, a large government-sponsored program called SEURAT-1 is focusing on nonanimal ways to evaluate toxicity as a result of repeated exposure. The Tox21 and SEURAT-1 groups recently met to explore possibilities for collaboration.

All of these efforts to address toxicity testing are laying important groundwork and generating knowledge that can ultimately move the U.S. away from using animals in biomedical research .

We interpret recent comments by former NIH Director Dr. Elias Zerhouni, as reported by the NIH Record, as further support for the HSUS' efforts.

"We have moved away from studying human disease in humans," he said. "We all drank the Kool-Aid on that one — me included," he said, adding that with the ability to knock in or knock out any gene in a mouse (which, Zerhouni quipped, "can't sue us"), researchers have overrelied on animal data.

"The problem is that it hasn't worked, and it's time we stopped dancing around the problem," he said. "We need to refocus and adapt new methodologies for use in humans to understand disease biology in humans."

The HSUS is working to make sure this burgeoning energy to end toxicity testing in animals continues — and stays the course — by working with such corporations as Hurel as they continue to develop cutting-edge technologies and influencing our federal government to increase its investment in these technologies as well.

By supporting such efforts, which will help build a humane economy, we hope to inspire and encourage others to join. This growing movement will bring the country much closer to the day when animals are no longer used as test subjects.