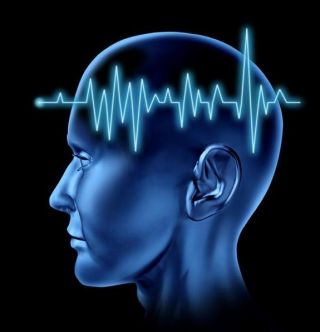 Sometimes, the cure is worse than the disease. A young woman treated with antipsychotic drugs for mental health problems wound up with a debilitating movement disorder, according to a report of her case.

The woman experienced muscle spasms so severe that she could only get around by crawling, and had to eat by kneeling in front of a plate on the floor. But treatment with deep brain stimulation, sometimes called a "brain pacemaker," brought the woman's involuntary movements under control. After treatment, she could walk, cook and feed herself, the case report said.

As a child, the young woman was developmentally delayed and had behavioral problems. Beginning at age 14, she was given an antipsychotic drug used to treat schizophrenia and bipolar disorder. By age 20, the woman had developed facial twitches, involuntary blinks and torso spasms, which affected her while she sat or lay on her back.

Within a year, the woman could no longer walk and could only get around by crawling. Doctors determined that she had a form of dystonia, a movement disorder that involves involuntary muscle spasms.

Physicians gave the woman a host of drugs to treat the movement disorder, and some were partially effective, allowing her to sit at a table and eat, walk with the aid of a frame or sit in a wheelchair. But even with drugs, the woman continued to have trouble walking or sitting, often lifting off her chair or tilting backwards in her wheelchair. [9 Oddest Medical Cases]

Finally, her doctors turned to deep brain stimulation; under this treatment, a device implanted in the brain sends electrical impulses to specific regions of the brain. In this case, electrodes were implanted in a part of the woman's brain called the globus pallidus, which is involved in controlling voluntary movement.

Three weeks after receiving the implant, the woman's torso spasms became much less frequent, though she continued having eyelid spasms, which doctors treated with botox injections (a treatment that selectively paralyzes muscles). By 15 months later, her condition had significantly improved, the report said.

Previous studies have reported using deep brain stimulation to treat people who have drug-induced movement disorders, but the new study was able to quantify the improvement for the first time.

Originally, doctors thought the woman's disorder was related to behavioral problems, because she refused to perform activities while standing up, preferring instead to crawl. But this diagnosis was faulty, showing how hard it is to determine whether symptoms of a movement disorder are physical or psychological, the authors said.

The findings were detailed online June 18 in the Journal of Clinical Neuroscience.