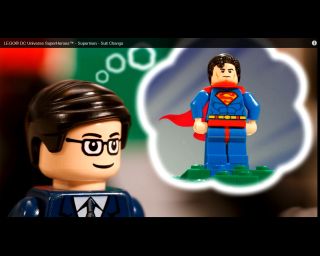 Lego figures have angry scowls more than smiles today, unlike in years past.
(Image: © YouTube screen grab from Lego)

That's the finding of a recent study, which showed that an increasing number of Lego figures' faces are scowling, frowning or snarling rather than smiling.

In the 1970s, when Lego added human figures to their successful line of construction blocks, most of the figures wore happy, contented expressions, The Guardian reports.

But all that started to change in 1989, according to Christoph Bartneck, a social robotics researcher at the University of Canterbury in New Zealand and lead author of the study.

Bartneck found a greater variety in the facial expressions of Lego figures after 1989. He and his colleagues separated the expressions into six general categories: disdain, confidence, concern, fear, happiness and anger.

Over time, the authors observed a trend: The proportion of happy faces decreased, while the proportion of angry faces increased. Their study will be presented at the First International Conference on Human-Agent Interaction in Sapporo, Japan, in August.

Most Lego sets are sold with a particular theme, such as pirates or Harry Potter. "It is our impression that the themes have been increasingly based on conflicts," the authors wrote in their study paper. "Often, a good force is struggling with a bad one."

While the study stops short of analyzing the effect that scowling, angry figures could have on children, this may be an important and overlooked avenue of research.

"Children's toys and how they are perceived can have a significant impact on children," the authors wrote. "We cannot help but wonder how the move from only positive faces to an increasing number of negative faces impacts ... how children play."

Lego isn't overly concerned about the effects that facial expressions on its toys might have on the kids who play with them. "The conflict between good and evil is nothing new," Lego spokesman Roar Rude Trangbæk told The Guardian. "But the characters always have classic Lego humor — the good guys always win in the end."