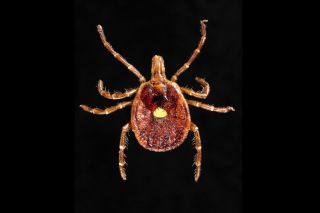 A 9-year-old Georgia boy who developed a rare tick-borne disease got the infection from a blood transfusion, according to a report of his case.

The case is the first time this infection, called ehrlichiosis, was spread by a transfusion, said Dr. Joanna Regan of the Centers for Disease Control and Prevention.

The bacterial infection, though rare, is serious and can be fatal, Regan said. Ehrlichiosis can go undetected because routine tests don't look for it, and many people do not realize they were bitten by a tick. In this case, which occurred during the summer of 2011, the boy's condition deteriorated over the course of 10 days until a pathologist discovered the infection.

While ehrlichiosis is easily treatable with the antibiotic doxycycline, the drug is generally less powerful than other options, so it is often not the first treatment doctors give when they suspect a patient has some type of infection, Regan said. Indeed, the boy in this case was treated with broad-spectrum antibiotics when he was admitted to the hospital, but he remained ill.

The child's family had no reason to suspect a tick-borne infection — he had acute lymphoblastic leukemia and had not been playing outside. The cancer is the most common cancer among children and is highly curable — 85 percent of children who are treated for the condition are cured.

But chemotherapy treatments had left the boy suffering from anemia, and he had received three transfusions in the previous month. He went to his oncologist with fever, vomiting and a rash.

"He had classic signs — rash, low white blood cell count, low platelets — but with no possibility of tick exposure, they didn’t think of this," Regan said. "There are many things that were more likely to be making him sick," such as common bacterial infections, or pneumonia, she said.

Finally, a pathologist found the telltale sign of bacteria within the boy's white blood cells. As soon as doctors administered doxycycline, the boy rapidly improved and went home.

Health officials tracked down the donors of the three transfusions, and one of those donors reported frequent tick bites. That donor lived in Florida, and further tests showed the person had antibodies against Ehrlichia bacteria, according to the report. Eight other people had received transfusions from the donor; three died within a few days of unrelated causes, the other five tested negative for Ehrlichia, according to the report.

"The donor had no symptoms — that’s what made it so difficult," Regan said. Routine lab tests of the donor's blood appeared normal, although the person reported being bitten by ticks repeatedly, she said.

The case shows that doctors should be aware that this infection can be transmitted through blood transfusions. In 2011, the CDC reported that 162 cases of the tick-borne disease babesiosis over three decades were traced to blood transfusions. Lyme disease could also theoretically be transmitted via a transfusion, but no case of this has been reported, according to the CDC. [Read: How Safe Is the Nation's Blood Supply?]

Cases of ehrlichiosis have risen in recent years, from 200 in 2000 to 740 in 2010. The condition is fatal in 1 to 2 percent of cases, according to the CDC. The infection is most common in the southeastern and south-central United States.

People should try to avoid tick bites, Regan said. The CDC recommends using repellant products that contain at least 20 percent DEET, examining the skin for ticks after being outside and showering soon after outdoor activities.

The case report was published March 19 in the journal Clinical Infectious Diseases.

Pass it on: A tick-borne infection was passed on through a blood transfusion.