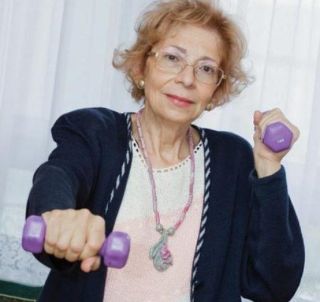 Eating fruits and veggies and getting plenty of exercise may be just as important for women in their 70s as it is at other times in their lives, a new study suggests.

"Given the success in smoking cessation, it is likely that maintenance of a healthy diet and high levels of physical activity will become the strongest predictors of health and longevity,” said lead author Emily Nicklett, of the University of Michigan School of Social Work.

Those who got the most exercise were 74 percent less likely to die, compared with those who did not exercise.

Researchers measured participants' fruit and vegetable intake by testing their blood for antioxidants, and they surveyed exercise levels with questionnaires.

They found that more than half the participants said they didn’t do any exercise.

The study found an association between the produce consumption, exercise and longevity but does not prove that partaking in these activities in your 70s can cause increased longevity, and more research is needed.

The study was published today (May 30) in the Journal of the American Geriatrics Society.

Pass it on: Eating fruits and veggies and getting plenty of exercise while in their 70s can still increase women’s longevity.