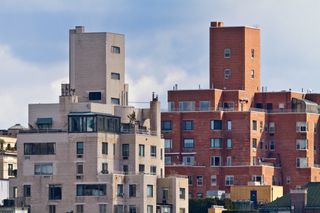 People who live in apartment buildings, especially those with children, breathe in tobacco smoke even if no one in their own household smokes, a new study shows.

That may be because people with children, on average, are poorer than people without children, so they tend to live in buildings with larger numbers of other people who are smoking, said study researcher Dr. Jonathan Winickoff, an associate professor in pediatrics at MassGeneral Hospital for Children in Boston. There is a general association between being poorer and smoking, he said.

But taken together with another recent study, the findings mean that half of parents whose children are exposed to tobacco smoke don't know it, Winickoff said. In that earlier study, Winickoff and his colleagues found that nine out of 10 children living in apartments had a chemical called cotinine in their blood. Cotinine is an indicator that a person has breathed in tobacco smoke.

"We know that if you smell it, you child will have evidence of tobacco smoke exposure in their blood. But just because you don't smell it, doesn't mean you're not exposed," Winickoff said.

Exposure to secondhand tobacco smoke has been linked with higher rates of asthma, pneumonia and ear infections in children, even when researchers take into account other factors linked to these conditions, such as poverty and race, he said.

Some policy makers are making efforts that could improve the health of children living in apartment buildings, Winickoff said. Public housing authorities in Maine and in Boston, for example, will soon implement mandates that buildings become smoke-free, and in New York City, Mayor Michael Bloomberg is advocating for disclosure rules, which would require all multi-unit buildings to clearly state whether smoking is permitted in the building.

"People will have a choice to live in a building that has clean air, and I think we want people to have choices," Winickoff said.

The next step in his research, Winickoff said, is to look at how best to raise awareness among people living in multi-unit housing of the impact of allowing smoking in buildings.