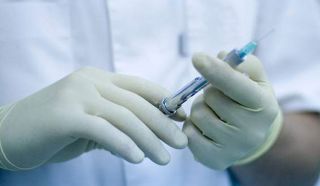 The nation's largest group of pediatricians announced new guidelines today regarding the use of the whooping cough booster and polio vaccines.

Among the changes, adults who will have close contact with infants younger than one year old should receive a whooping cough booster (called Tdap, because the vaccine contains protects against tetanus, diphtheria and whooping cough, also called pertussis), the American Academy of Pediatrics (AAP) said in a policy statement.

The vaccine is not licensed for adults over 65, but it can be given to persons in this group if they will be close to infants. This change brings the AAP's recommendation in line with those of the Centers of Disease Control and Prevention (CDC).

Another revision says adults can receive a Tdap vaccine regardless of when they last had a tetanus or diphtheria shot. Previously, there was concern over possible reactions between Tdap and tetanus/diphtheria vaccines if the vaccines were not given two to five years apart.

Young infants are at particularly high risk of dying from pertussis. Infants receive their pertussis vaccinations at the ages of 2, 4 and 6 months as part of the diphtheria, tetanus and pertussis (DtaP) series of shots.

But some infants develop pertussis before their shots. Vaccinating adults against pertussis creates a "cocoon" of immunity around the infants, so adults will not transmit the disease to them, the AAP said.

Pertussis is a bacterial infection of the respiratory tract that can cause severe coughing, vomiting, disturbed sleep, weight loss and rib fractures.

A separate new AAP policy statement offers guidance for the use of the polio vaccine . Polio was eliminated from the United States in 1979. However, the disease persists in some African and Asian countries, so it is essential children are vaccinated against the disease in case the virus is imported here, the AAP says.

Currently, it is recommended children receive four doses of the inactivated polio vaccine (IPV) at two months, four months, six through 18 months and four through six years of age.

Although not ideal, this vaccination schedule can be sped up under certain circumstances, the AAP said the new statement. If exposure to the polio virus is "imminent," for example, if the child is going to travel to a country where polio is endemic, they can receive the first vaccination as early as six weeks. Doses one and two should be given at least four weeks apart; the same is true of doses two and three. Doses three and four should be given at least six months apart.

Children with weak immune systems can still receive IPV, the AAP said. The since the virus in IPV has been killed, the vaccine cannot cause polio.

Pass it on: The AAP has issued new recommendations for the whooping cough and polio vaccines.