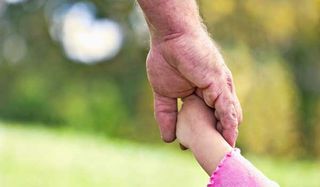 Children of older fathers are more likely to be diagnosed with autism, schizophrenia and a number of other neuropsychiatric or developmental disorders, and a new study reveals why this may be.

The results show that older male mice are more likely than younger males to have offspring with mutations in genes that correspond to human genes associated with these neurological conditions. The genomes of mice and men are roughly 85 percent identical.

"Mice do not get schizophrenia or autism," said Dr. John McGrath, senior author of the study published today (Aug.30) in the journal Translational Psychiatry. "But, we have found previously that the offspring of older mice have subtle changes in brain structure and behavior."

The new study provides "a mechanism of action" that links the known genetic clues and the increased risk of human neurological disorders faced by children of older fathers, said McGrath, a professor at the University of Queensland in Australia.

Researchers bred older and younger male mice with female mice of the same age. The researchers then sequenced the genomes of all the mice involved, and gave the 12 offspring mice behavioral tests and analyzed their brain structure.

When digging through the mice genomes, the researchers found new mutations in the baby mice that weren't present in either parent. Offspring of the older male mice showed six new mutations that, when matched to their human equivalent genes, have been linked to autism and schizophrenia in humans. The offspring of the young male mice had none of these genetic mutations.

In behavioral tests which included a swim test and observing how much the mice startled at loud noises mice of older fathers showed unusual responses. And their brains showed physical differences from other mice.

There are several theories behind the connection between older dads and developmental disorders in their children, including a possible link between assisted reproductive therapy and cognitive disorders, said Rita M. Cantor, professor of human genetics and psychiatry at the David Geffen School of Medicine at the University of California, Los Angeles.

Since scientists sequenced the human genome in 2000, researchers around the world have tried to correlate mutations with diseases. Many disorders are linked to small mutations called SNPs (single nucleotide polymorphisms), which entail a single change of an A, T, C or G nucleotide in the DNA.

But other mutations, called copy number variations, or CNVs, are comprised of several duplicated or deleted genes. While studies of SNP mutations have not offered many clues to neurodevelopment and neuropsychiatric disorders, Cantor said research into CNVs has been more fruitful.

"We are putting a lot of effort into the CNV studies, and it would be nice to know that that risk [of having CNVs] would be increased with paternal age," Cantor said. "The study is consistent with the idea, but not a proof."

The new study, because it controlled the age of the parents and many environmental factors through a mouse model, was "a good first step" to revealing the connection between older fathers and disorders in their children, Cantor said.

Do mutations lead to disease?

Not all CNVs are harmful, so matching the CNVs in the mice to known harmful mutations in humans was a boon to the study, said Dr. John Csernansky, chair of psychiatry and behavioral sciences at Northwestern University Feinberg School of Medicine in Chicago.

"The homology between the mouse genome and the human genome is very, very strong. So when they say, this gene is equivalent to the human gene... I don't think there's any doubt about that," Csernansky said.

So while the behavioral tests in the study couldn't diagnose mice with disorders, they did go further than previous work in proving that older fathers were more likely to have offspring with new, harmful mutations.

"As fathers grow older, there's a greater likelihood of having a child with many problems, including psychiatric problems," Csernansky said. "I think this [study] will help us piece together the story of how these illnesses come about."

Pass it on: The children of older fathers may be more likely to have mutations called CNVs in genes linked to neurodevelopmental disorders.