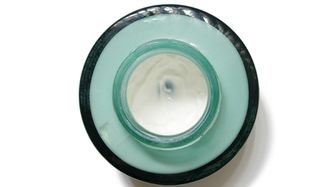 While many Americans often long for the perfect tan, a popular desire in Asia for many women and men is fair skin.

Current skin-whitening products often contain mercury and the chemical hydroquinone, a potential carcinogen that can cause inflammation, itching and even skin cancer. Now researchers report finding a plant-based chemical that they say could lighten skin more effectively and safely.

Two chemicals from the Cinnamomum subavenium plant, a relative of the tree from which cinnamon bark originates, reduced production of the skin pigment melanin in zebrafish embryos by 50 percent in four days, turning their skin snowy white, said study researcher Hui-Min Wang of Kaohsiung Medical University in Taiwan.

The chemicals work by blocking the enzyme tyrosinase, which controls production of the melanin pigment that darkens our skin, eyes and hair.

These chemicals have the potential to be up to 100 times more effective than other skin-whitening creams, Wang said. "It's from a Chinese herbal medicine plant, and we used it for maybe 1,000 or 2,000 years," Wang told MyHealthNewsDaily.

Wang and his colleagues tested the ingredient on the embryos of zebrafish, which have highly visible black bands of pigment. Within four days of exposure to the Cinnamomum subavenium ingredient, the black bands had faded to white, they found.

Because of the similarities of zebrafish pigmentation to humans', the researchers think the effects should extend to people as well.

The chemicals did not seem to be toxic to the zebrafish or cultured human skin cells, researchers found.

Now, Wang is looking to partner with cosmetic companies to devise a cream made with the Cinnamomum subavenium chemicals for use on humans .

The research was presented this week at the annual meeting of the American Chemical Society in Anaheim, Calif.

Pass it on: Chemicals taken from a plant relative of the cinnamon tree whitened black stripes of zebrafish embryos and are promising for use in skin-whitening creams.