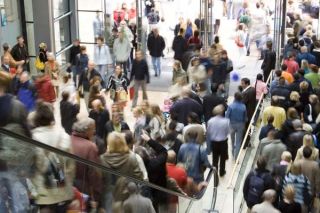 Tracking an infectious disease through a population sounds like a daunting task, with a seemingly infinite number of interactions that could spread a pathogen on any given day.

But a new technique may bring a method to the madness.

The method provides a way to document the close interactions between pairs of people. It could provide a clearer picture of exactly how infectious illnesses such as the common cold , influenza and whooping cough can spread through aÂ group of people and even through populations at large, the researchers say.

Using a population of 788 high school students, teachers and staff members as a model for a closed group of people, Penn State University biologist Marcel Salathé and his team designed a method to count the number of possible disease-spreading interactions that occurred during a typical day.

"It's not like you can take a poll and ask people, 'How many different people have breathed on you today, and for how long?' We knew we had to figure out the number of person-to-person contacts systematically," he said.

The researchers asked volunteers to spend one school day wearing matchbox-size sensors devices called motes on lanyards around their necks.Like a cell phone, each mote was equipped with its own tracking number, and each mote was programmed to send and receive radio signals at 20-second intervals to record the presence of nearby motes.

The volunteers then went about their day attending classes, walking through the halls and chatting with other people.

At the end of the day, Salathé's team collected the motes and recorded how many mote-to-mote interactions had occurred, and how long each interaction had lasted.

"Even when people aren't talking, they might be sneezing and coughing in each other's direction, bumping into each other, and passing around pathogens," Salathé said.

Defining a single interaction as any time motes were in proximity for 20 seconds or longer, Salathé and his team found that the total number of interactions was 762,868.

Peak interactions occurred in the times between classes, when mote-wearing volunteers were moving around in the halls on their way to the next class.

Strikingly, the researchers did not find any individuals who had an extraordinarily high number of contacts compared with the rest of the group. Such individuals called super-spreaders are known to be very important in the dynamics of disease spread.

"In our experiment, while there may have been kids with a few more interaction events, for the most part everyone had about the same high level of interaction," Salathé said.

While schools may indeed be hotbeds for colds and the flu, the exposure risk for individual students did not seem to vary due to contact patterns, he said.

Data from the motes also confirmed an important social-networking theory : that contact events are not random. Many "closed triangles" exist within a community.

"Real data illustrating these triangles provide just one more piece of information to help us track how a disease actually spreads," he said.

Networking data such as his may help guide public-health initiatives such as vaccination strategies and prevention education, Salathé said.

The results are published this week in the journal Proceedings of the National Academy of Sciences.

Pass it on: A new technique may help track the spread of infectious diseases, such as influenza and the common cold.