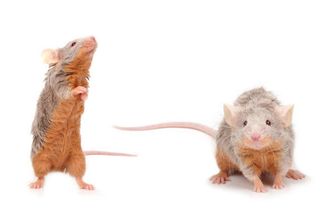 Mice fathers take a cue from their own dads when it comes to parenting.
(Image: © Emilia Stasiak | Shutterstock)

When it comes to parenting, mice follow their fathers' examples. Male mice with neglectful dads grow up to be less nurturing to their own babies, new research finds.

In the study, researchers found that the sons with less affectionate fathers gave their own offspring the same treatment, suggesting paternal behavior can be passed from fathers to sons across multiple generations.

In the mammal world, mothers are generally the sole providers — paternal care is seen in only 5 percent of mammal species. Mothers are known to have a profound impact on their offspring, but less is known about paternal care. [The Animal Kingdom's Most Devoted Dads]

"There are very few animal model systems which we can use to study paternal behavior," said study co-author Catherine Marler, a behavioral neuroendocrinologist at the University of Wisconsin–Madison.

The nurturing behavior of father mice could provide a model for humans, Marler said. Whereas scientists obviously can't do that same kind of study with people, "there are correlations in humans between parental behavior and the behavior of offspring," she said.

Previous studies in rats and vervet monkeys have shown that the amount of maternal care influences stress levels in the offspring. Marler said she hopes to investigate similar effects of paternal care on stress.

The study was published today (May 21) in the journal Proceedings of the Royal Society B.