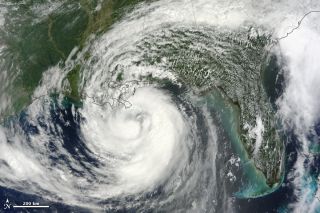 For much of history, western philosophers and storytellers painted fanciful pictures of the people and creatures that dwelled in the antipodes, the imagined lands located on the opposite side of the world. Although no one had traveled there, “logic” — or, rather, a sense of balance and whimsy — suggested to them that anything “down there” must be opposite in nature to whatever was “up here.” If Europe was the center of the Church, for example, then the antipodes must teem with the denizens of hell.

Later works, penned after Europeans stumbled across Australia and New Zealand, kept the tradition alive. Jonathan Swift’s Lilliput, where laws were largely opposite those in England, was located somewhere “in the direction of” Tasmania.

The problem arises when we try to transfer that tempest to a teacup. The Coriolis effect is so weak that it simply cannot measure up to the forces at play in a toilet, tub or sink, where the shape of the container and the effects of residual currents — which can persist for up to a day after filling — tend to dominate.

But don’t count Coriolis out completely: Using a 6-foot circular tank under ideal circumstances, including allowing the water to lie undisturbed for 24 hours before pulling the plug, Professor Ascher H. Shapiro and his colleagues in the Southern Hemisphere demonstrated in 1962 that Coriolis could, quite slowly and weakly, affect drainage direction.

Did that settle the issue? Hardly. To this day, parties on both sides, including some physicists, remain deeply entrenched on the issue. The problem is, the way a tank of water drains is affected by microturbulence and other tiny, chaotic forces, which are highly sensitive to initial conditions and can become amplified as the tank drains. Consequently, you might see a swirling vortex in a tank even if it were placed precisely on the equator.