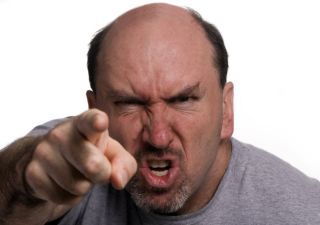 Finger-length ratios have been related to a host of things good and bad, from fertility and disease vulnerability to test scores and personality traits. In fact, you'll need the digits on both hands, regardless of their length, to count all the correlations that have been made.

Researchers say exposure to testosterone in the womb is behind the speedy kids and their finger-length ratios. The scientists studied 241 boys aged 10 to 17 at a talent-spotting competition in Qatar. Those with longer ring fingers were faster at every stage of a 50-meter sprint race, according to an article in The Telegraph.

"The advantage they had was soon apparent after the start of the sprint and remained steady thereafter," said John Manning, a researcher at Southampton University who led the study.

You can finger other body parts as behavior predictors, too.

A 2004 study in the American Journal of Human Biology found that the farther certain paired body parts were from symmetry — one ear or foot bigger than the other, for example — the more likely a person would show signs of aggression when provoked.

"Stressors during pregnancy [such as poor health, alcohol use or smoking] may lead to asymmetrical body parts," explained researcher Zeynep Benderlioglu of Ohio State University. "The same stressors will also affect development of the central nervous system, which involves impulse control and aggression." While asymmetry doesn't cause aggression, she said, the two things "seem to be correlated to similar factors during pregnancy."

All this points to some of your ways being perhaps very set before you even emerged into this world.

Research on mice reported in the journal PLoS ONE in September suggested that even the motivation to exercise is related to stress in the womb and can be measured by finger length ratios.

"The research shows a link, or relationship, between the brain, behavior and personality traits and the shape of the hand," said Peter Hurd, University of Alberta psychology professor and one of the lead researchers on the mouse study. "It opens the door to the notion that aspects of one's personality, in this case the desire to exercise, are fixed very early in life."