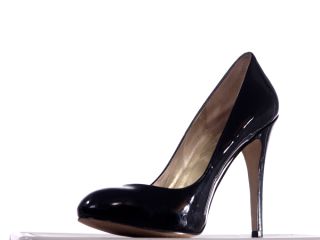 (ISNS) -- It's that time of year -- with the Oscars and Fashion Week drawing close, stilettos that reach for the sky are marching out from the pages of magazines to the glitz of the red carpet.

Every year they grow taller, their heels even more narrow, and although it seems to defy the very basic laws of physics, women still have the ability to walk in them. Which leads to the question: is there a maximum for heel height?

Turns out, there might not be one but radical heel designs are challenging women's ability to stay upright and pain-free.

"We don't walk around on stilts for a reason," said Robert Butler, a professor of physical therapy at Duke University in Durham, North Carolina. "We actually use all the area on the bottom of our feet for a reason. When you have a stiletto on, you're dropping your surface area by 70 percent. You could never balance a car on a quarter of a tire."

When the surface area decreases, the force on that area shoots up, meaning the average high-heel-wearer exerts more force on that tiny patch of ground than an elephant.

An Elephant With A Pillow

All that force that women exert on the ground is returned back to their bodies. "When you walk, you have forces that are in the direction where exactly we get arthritis inside the knee and behind the kneecap," said Casey Kerrigan, a biomechanics researcher and former academic who started a shoe company, Oesh. She said that women have twice the number of debilitating musculoskeletal issues as men, and many of the problems start with the knees.

"It's not really about impact," said Kerrigan. "That little blip you feel when you hit the ground that's actually beneficial to your body because it's a wakeup." She said that there is emerging evidence that the blip, or click of a heel striking the floor is also important in maintaining bone density.

So while high heels aren't so bad for impact, they fail to protect the rest of the leg from injury. "[High] heels basically block out the function of the foot, so the foot can't operate to absorb forces," said Kerrigan. "That means that the rest of the body needs to make up for the foot and it comes to knees and hips."

Physical therapists say spreading the load around is always better even simple fixes can be effective. Insoles, which can be purchased separately and placed on the inside of the shoe, may look like mere cushioning, but they actually do more than soften the impact of each step.

"Insoles redistribute the pressure around," said Butler. "At the same time, it's like giving a pillow to an elephant. The loads are just so high for that small area of the body."

In 2004, Paul Stevenson, a physics lecturer at the University of Surrey, in England, was asked to come up with an equation for the maximum height of heels. After adding a number of social factors like units of alcohol consumed (a method he readily admits was not exactly scientific), he found that around 5 inches was generally the maximum height for a sober, experienced shoe-bearer.

"It's a bit like trying to balance a pin on its sharp end," said Stevenson.

Not everyone agrees that 5-inch heels are plenty high.

"To me, there's no limit to the height at which shoes can be designed," said Stacie Gillian, a publicist who used to work in the production wing of designer Catherine Malandrino's fashion line. "But I do think there's a limit to what our bodies can handle. I think I was born to wear big heels. Very honestly, I'm more comfortable in heels than in flats. That's not saying that ten years my knees will thank me for that."