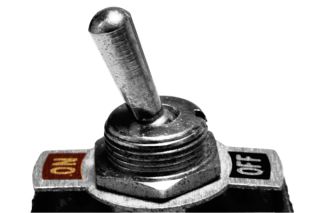 To silence dissidents, the Egyptian government made a move Jan. 28 that has no precedent: It turned off the Internet nationwide. How did they do it — and could the same thing happen here? According to David Clark, an MIT computer scientist whose research focuses on Internet architecture and development, a government's ability to control the Internet depends on its control of Internet Service Providers (ISPs), the private sector companies that grant Internet access to customers. "ISPs have direct control of the Internet, so what happens in any country depends on the control that the state has over those ISPs," Clark told Life's Little Mysteries in an e-mail. "Some countries regulate the ISPs much more heavily. China has in the past 'turned off' the Internet in various regions." When a government orders the ISP to disable service, Clark explained, "they have lots of ways of doing it technically. They could power down devices (which is sort of like unplugging things), or change the routing tables (which is more like a "digital kill," and can serve to allow selective services to stay up)."

[INFOGRAPHIC: How to Kill the Internet]

In Egypt's case, the government owns the main service provider (Telecom Egypt), according to William Lehr, another Internet expert at MIT. "[This allows the Egyptian state to wage] significant control over the international telecom interconnection facilities that provide the physical transport for the international Internet connections," Lehr wrote to Life's Little Mysteries. "Shutting off those circuits effectively shuts off the traffic from Egypt to the rest of the world that occurs over those circuits." Whether or not other governments—for example, the U.S. government—are able to shut down the Internet is "a regulatory question," said Clark. "In a time of crisis, does a government have the powers to compel the ISPs to take such an action?" In the U.S., the answer is no – not only does President Barack Obama, or any president, not have access to a physical "switch" that turns off the Internet, he also has no control over ISPs. That could change, however, if the "Protecting Cyberspace as a National Asset" bill, introduced in the Senate last summer, ever passes. The bill would effectively give the president an Internet kill-switch to be used in cases of national cyber-emergency, which presumably would stall the operation of this country's ISPs. Rather than blocking free-speech, the bill is intended to protect the economic infrastructure from cyberterrorists; still, it has many free-speech advocates worried – especially in light of the recent turn of events in Egypt. Lehr explained that even in Egypt, "there are likely to be leaky ways to bypass [the shut-off]." People may be using smartphones to communicate with the global Internet, for example. Companies may be accessing private Intranet connections. And providers in Egypt with access to their own international connections could be bypassing the Telecom-Egypt-controlled circuits and supporting international connectivity for their clients. "These sorts of leakage paths demonstrate that even if government seeks to control access to Internet by retaining an on/off switch, this can be challenging and may be circumvented by the determined few," Lehr wrote. As the Internet grows more complicated, it will become ever harder to completely turn off. "The ability to control or shut down the Internet or access to certain types of applications is an ongoing war. New sorts of attacks are constantly emerging and new defenses as well," Lehr wrote. "As the Internet gets more complex, the range of potential vulnerabilities, as well as the ways to work around those, also get more complex." Clark also compared controlling Internet access to warfare. While one country can (to some extent) block another country's access to their part of the Internet cloud, it is unlikely a country would try to destroy the internal access within another country. "It's perhaps not impossible, but it would be an act of cyber-war," he told us. One way to accomplish this would be to sever the actual cables that carry data on the Internet. After all, the World Wide Web would not be possible without the thousands of miles of undersea fiber optic cables on which the data is able to stream from continent to continent. These bundles of cables rise out of the ocean in only a few dozen locations, and then branch out to connect to millions of computers. For example, if someone were to blow up the station in Miami – which handles some 90 percent of the Internet traffic between North America and Latin America – Internet access on the east coast could be severely hampered until the Miami connection could be repaired or traffic could be rerouted. But even then, physical damage to one or two ports generally isn't as final as a total shutdown like the one in Egypt. "The Internet is very richly interconnected," Clark wrote. "You would have to work real hard to find a small number of places where you could seriously disrupt connectivity. The destruction of the major switching center in south Manhattan on 9/11 'healed' in about 15 minutes as the protocols routed around the outage."