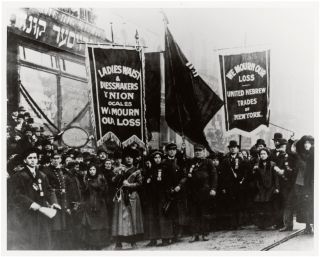 The first Monday in September is Labor Day, a holiday that celebrates workers by letting them take off work — well, some workers (more on that later). But where did this holiday come from, and how did it get its name?

Labor Day originated with the labor movement, though no one is sure exactly who first had the idea. According to the U.S. Department of Labor (DOL), it may have been Peter J. McGuire, a labor organizer who founded the United Brotherhood of Carpenters and Joiners of America in 1881. McGuire reportedly conceived the idea of a parade to celebrate laborers in New York City in 1882, setting the date for the first Monday in September, according to the American Federation of Labor & Congress of Industrial Organizations (AFL-CIO).

The event was a hit, and prompted other labor organizations in other states to follow suit. On Feb. 21, 1887, Oregon became the first state to officially recognize the day honoring workers. [25 Fun Facts About Science and History]

There is a bit of uncertainty about this founding tale, though, according to the DOL: The original parade may have been proposed not by McGuire, but by a machinist named Matthew Maguire, who proposed the idea while serving as secretary of New York's Central Labor Union. Whichever McGuire it was, more than 30,000 people participated in the first year's parade, according to the AFL-CIO.

Labor Day hails from a time when the labor movement and unions were stronger political forces than they are today. In the 1800s, as work in the United States increasingly moved from farm fields to factories, conditions were rough.

In the textile town of Lowell, Massachusetts, for example, "mill girls" started work as preteens and toiled for 13-hour days, according to an AFL-CIO history. In 1834, these mill girls became some of the first successful strikers in U.S. history, when they protested wage cuts by refusing the work. That strike failed, as did a subsequent one in 1836, but the mill girls turned to politics to meet their goals. They organized the Lowell Female Labor Reform Association and, in an era when women didn't even yet have the right to vote, managed to get the New Hampshire Legislature to pass a law capping the workday at 10 hours. [5 Ways to Have a Healthier Weekend]

That law wasn't enforceable, according to the AFL-CIO, but the Lowell organizers are now seen as the originators of the labor movement — a movement that would ultimately usher in the concept of workers' rights, weekends and, yes, Labor Day.

Subsequent strikes by unions would sometimes prove violent, as with the Cripple Creek strike of miners in Colorado in 1894. During that strike, which started because of an increase in working hours with no increase in wage, clashes between strikers and police sometimes led to bloodshed. At one point, the miners used dynamite to blow up a portion of a mine. Ultimately, though, the strike was successful, and the miners and owners negotiated a $3-a-day wage for 8 hours a day of work, according to the AFL-CIO.

Another major milestone in the labor movement was the Triangle Shirtwaist Fire, a tragic factory fire that killed 146 workers, mostly young women, in New York City in 1911. These women worked 13-hour days with a half-hour lunch break. Many were only teenagers. Factory owners locked the fire doors to keep employees from sneaking out to use the bathroom (there were no bathrooms in the building for workers, according to the AFL-CIO), so the day of the conflagration quickly turned disastrous.

Helpless bystanders watched as girls jumped from the 10-story building. It was a galvanizing moment that led to the creation of the Factory Investigating Commission in New York, which was charged with enacting some of the first rules to protect worker safety.

Labor Day is now a federal holiday, but not everyone gets to kick back and relax. A 2015 Bloomberg BNA survey found that 41 percent of businesses require some employees to report to work on Labor Day — though 97 percent do provide a paid holiday to at least some employees. Fifteen percent of respondents to that survey said that security and public safety employees had to work on that day, and 15 percent also said that technical staff were needed. Ten percent of employers said that maintenance staff or sales or customer service workers would be on the clock on Labor Day. However, 86 percent of organizations said they provided extra pay or comp time to workers who are required to come in on the holiday.

More generally, modern workers are likely to leave their paid vacation benefits on the table, according to multiple surveys. A May 2017 survey by the jobs website Glassdoor found that U.S. employees who receive paid time off take only about half (54 percent) of those days, on average. Sixty-six percent said that during those vacation days, they did at least some work, and 25 percent said their boss contacts them on days when they are supposed to be off. [5 National Parks to See Over Labor Day]

The organization Project: Time Off, a group that tracks vacation trends, found that 662 million vacation days went unused in the United States last year. As of 2016, a whopping 206 million of those couldn't even be rolled over or cashed in, and were simply lost. Over the long term, Project: Time Off finds that the trend in taking vacation benefits is declining. The organization found that between 1978 and 2000, American workers took an average of 20.3 vacation days per year. In 2016, the average was 16.8 days per year.