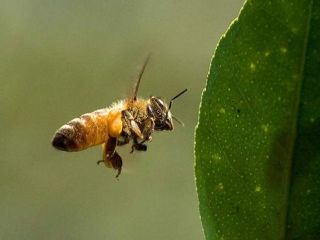 Honeybees are in decline in Europe and North America.
(Image: © PDPhoto.org)

Bee populations are declining rapidly in Europe, as they are in North America. Some research suggests that neonicotinoid chemicals in pesticides could be partly to blame for the decline of bees. A vote by the European Union has paved the way for the European Commission to ban neonicotinoid pesticides no later than July 1, although the ban may only last 2 years, according to the BBC.

The ruling came about after 15 of the EU's 27 nations voted to restrict use of these pesticides. They will now only be allowed for use on plants that aren't "attractive to pollinators" like bees, the BBC reported. The United Kingdom voted against the ban, arguing the science behind the proposal is inconclusive. Another seven countries voted against it, and four abstained.

Pollinators like bees fertilize about one-third of crops worldwide, scientists estimate. In the United States, the number of colonies has been reduced by about 50 percent in the last year alone, according to news reports.