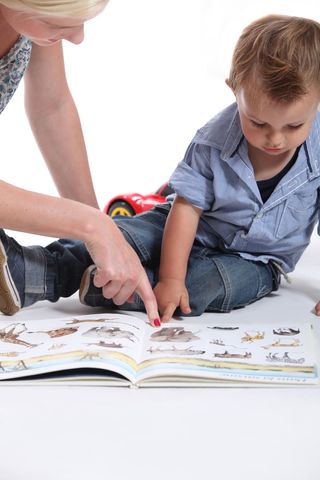 Children with autism who don't speak could benefit from using pictures to communicate, and having even their small attempts at speaking rewarded, new research suggests.

These methods of encouraging communication may be better for these children than sign language, which is commonly taught to children with autism, researchers found.

About a quarter of young children with autism speak minimally or not at all, a problem that often continues into adulthood, according to the autism research funding agency Autistica. Many of these children also have difficulties with motor-skills, research shows.

Experts have tried many methods to support language learning in these kids, with varying effectiveness. Now, a new study finds that early interventions aimed at developing natural language and mirroring the motor skills of other people may be most effective. [10 Medical Myths that Just Won't Go Away]

Researchers at the University of Birmingham in England sifted through more than 200 published papers and more than 60 intervention studies to evaluate strategies for encouraging nonverbal autistic children to speak.

They found that picture-based communication is an effective method of getting nonverbal children to interact and ultimately speak. In this type of intervention, children might exchange pictures with others in order to request things, or to make comments.

The picture method was better at encouraging speech in children who possessed at least minimal verbal skills, but even nonverbal children could use the system to communicate, study researcher Joe McCleery, a psychologist at the university, told LiveScience.

Another effective intervention, known as pivotal response treatment, involved giving children opportunities to request items and reinforcing their attempts. For example, a child who asked for a ball by saying "Ba," would be rewarded. As with the picture-based system, this method was more effective at getting children to speak if they already spoke a little, McCleery said.

By contrast, the study found little evidence that children improved their communication skills by using sign language, which has been used extensively with nonverbal children with autism. This could be due to the difficulties autistic children have in copying motor behaviors, the researchers said.

Scientists have long argued that motor coordination plays a role in speech and language learning. In the first few months of their life, babies have a lot of back-and-forth interaction with their parents, McCleery said. Then babies enter a hand-banging phase, and by 11 months, they start babbling.  The repetitive hand motion and babbling seem to be coordinated, McCleery said.

About one in 88 children have an autism spectrum disorder, according to the Centers for Disease Control and Prevention. These disorders are associated with deficits in social interaction and communication, and engagement in repetitive behaviors.

The new study is published today (April 24) in the journal Frontiers in Neuroscience.