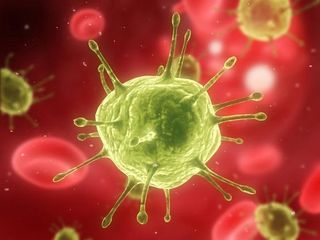 In many countries throughout the world belief in witches is common, and black magic is considered part of everyday life. A 2010 poll of 18 countries in sub-Saharan Africa found that over half of the population believe in magic. Witch doctors are consulted not only for healing diseases, but also for placing, or removing, curses or bringing luck.

One human rights activist in the small African country of Malawi, Seodi White, has been fighting for years to stem many traditional beliefs that help spread HIV, especially among poor and underprivileged women.

According to a CNN story, widows in some parts of southern Africa are expected to engage in unprotected sex in order to “cleanse” them. The belief is that the husband’s spirit will return otherwise, cursing the family.

“It’s a mindset issue,” White told CNN. “Even the widows, they’ve told me, ‘I don’t want to die, I don’t want a curse to come to my husband.’ They cry to be cleansed.”

Because this spiritual cleansing involves unprotected sex — just as sex with the deceased husband was assumed to have been — the widows are placed at increased risk of contracting HIV, which is endemic on the continent. There are even professional “cleansers” who charge high prices for their services, which the widows are often eager to pay to avoid a curse on their families.

In her book “The AIDS Conspiracy: Science Fights Back”, Nicoli Nattrass, director of South Africa’s AIDS and Society Research Unit, notes that there “is a rich South African literature suggesting that many black people believe that HIV may have spiritual causes, notably witchcraft attacks or loss of protection from ancestors through violating cultural taboos. As Adam Ashforth observes, ‘a disease or complex of symptoms better suited to interpretation within the witchcraft paradigm than AIDS would be hard to imagine.’ This is because the symptoms of AIDS — diarrhea, tuberculosis, and wasting are also the classic symptoms of poisoning through witchcraft. Thus, even where people accept that AIDS is caused by a sexually transmitted virus, suspicions of witchcraft may be retained as potential explanations for the ultimate reason behind the infection.”

In other words, for many Africans even the knowledge that AIDS is caused by HIV — and that it is acquired through sexual contact — leaves room for the likelihood, or at least the possibility, that black magic caused the HIV infection in the first place. One particularly pernicious myth in Africa holds that having sex with a virgin can cure a person of AIDS.

Finding treatments — and possibly even cures — for AIDS is one thing, but changing deeply-rooted cultural beliefs that perpetuate the disease is almost as difficult. Seodi White has had some success fighting such beliefs, for example recruiting former professional cleansers who have since contracted HIV to visit villages across the country condemning the tradition they once practiced as dangerous and irresponsible.