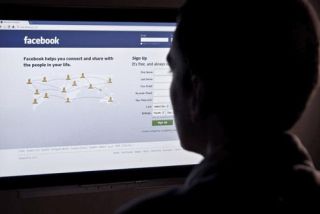 Christopher Dorner, the Southern California gunman who set off a region-wide manhunt, had one. So did Theodore Kaczynski, the "Unabomber," whose mail-bombing campaign killed three people. Anders Behring Breivik, the Norwegian who killed 77 people, also had one, as did Seung-Hui Cho, the Virginia Tech killer.

Each of these men had a manifesto.

In some cases, a lengthy, rambling tome was submitted to leading news organizations — Kaczynski mailed his 35,000-word manifesto to the New York Times and the Washington Post, both of which published it. Cho sent a video manifesto to NBC News, which broadcast his hate-filled rant.

In other cases, these killers turned to social media as a soapbox: Both Dorner and Breivik used Facebook as a platform for venting their anger and alienation.

What drove these disturbed men to spend long hours — or, in Kaczynski's case, years — developing a manifesto?

"All of these people think they've been wronged," said David A. Clayman, Ph.D., a clinical and forensic psychologist.

"These people collect wrongs and they seek out affirmation of their righteousness," said Clayman. "They saw the world as against them. The common theme is a grudge."

Another thing they have in common, according to Dr. John M. Greene, a forensic psychiatrist in Los Gatos, Calif., is a severe mental illness. "These are examples of people who have had a mental illness for a long time and have not gotten the help they need."

And mental illness is typically hidden from public view, according to Greene. "These individuals are all marginalized from society. And any illness that's not getting treated is going to get worse."

Narcissism, which the Mayo Clinic describes as a personality disorder typified by an inflated sense of self-importance and a deep need for affirmation, played a big part in these individuals' need to write a manifesto.

Dorner, a former Los Angeles Police Department officer who is believed to have died in a cabin after a police standoff, is one example of the extreme narcissism that can lead to violence, according to Clayman.

"He wanted to not be insignificant," Clayman said. "Narcissists love to rise up in an organization. They need to be admired. They seek affirmation."

It's typical for a narcissistic to think, "I want the world to know how smart I am," according to Clayman. "When the world doesn't, they evolve into these kinds of people."

Unfortunately, the reality of day-to-day living and its occasional unfairness doesn't work for people like Dorner, Cho and Breivik. "They see a slight, they make it into a cause célèbre, and it just keeps building," said Clayman. "They start escalating the blame."

The role of bullying

In many cases, the real world can be insufferably cruel to certain people. Cho, who killed 32 people at Virginia Tech in 2007, had been routinely mocked, bullied and isolated throughout his high school years, NBC News reported.

"You had a hundred billion chances and ways to have avoided today," Cho told fellow students in his ranting video manifesto, according to CNN.com. "But you decided to spill my blood. You forced me into a corner and gave me only one option. The decision was yours. Now you have blood on your hands that will never wash off."

It's entirely possible, too, that Dorner was shunned by his LAPD colleagues after filing an official complaint against a fellow officer whom he accused of using excessive force on a suspect.

"If you look at almost all of these people, there's a kernel of truth," Clayman said. "They personalize it."

And it's their desperate need for affirmation and support that leads many of these disturbed individuals to turn to manifestos and, in some cases, to social media, according to Clayman. "All you need is a little support. They believe they must right wrongs. It's like lighter fluid on a barbeque."

According to TheWeek.com, Dorner wrote on his Facebook page (now removed): "In 8/07 I reported an officer … for kicking a suspect (excessive force) during a Use of Force while I was assigned as a patrol officer at LAPD's Harbor Division. While cuffing the suspect … [the officer] kicked the suspect twice in the chest and once in the face. Unfortunately after reporting it to supervisors … nothing was done. I had broken their supposed 'Blue Line'. This was all presented for the department at the … hearing. They still found me guilty and terminated me."

Dorner also complained about the years of bullying he endured: "I was the only black kid in each of my elementary school classes from first grade to seventh grade in junior high and any instances where I was disciplined for fighting was in response to fellow students provoking common childhood schoolyard fights, or calling me a n***** or other derogatory racial names."

Though social media is often touted as fostering a sense of community, in some cases Facebook and other platforms can encourage isolation, especially among those who already are alienated from real contact with other people.

"People who lack social skills are feeling some power that they never had before," Clayman said. "There's some really crazy crap out there."

"Facebook is not exactly reality," Greene said. "People can say things that are outlandish — things they wouldn't say in public." And any support people might get from online readers "gives them a false sense of importance."

The unfiltered nature of social media allows extreme opinions and voices — ones that would otherwise be discouraged or condemned — to flourish among frequent social media users.

"These [extremist] people are the top of the iceberg," Clayman warns, adding, "The degree to which they're alienated and isolated increases the chance that others will follow them."

Clayman casts a jaundiced eye over Google+, Facebook, Twitter and other social media programs. "I don't think we have a grip on the power of social media as an uncensored, unfiltered source of news," especially as it encourages extremism and increases human isolation.

"I worry that people are losing the idea of being connected," Clayman said, adding, "I'm off Facebook."

"The beauty of the Internet and of Facebook is that you can interact with people you love," said Greene, "but you can also be very isolated. It can promote maladaptive behavior."

Greene nonetheless believes there may be a "silver lining" in the way Facebook manifestos shine a spotlight on how mental illness is addressed — or ignored — in society. "These are reflective of the issue of mental illness. That is huge — it needs to be addressed, and it could be addressed very easily."