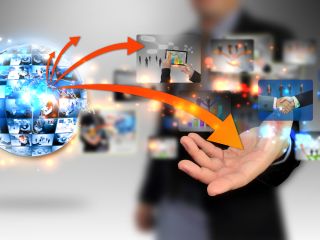 While he isn't currently available for promotional work, businesses would have the most success on social media with President Barack Obama endorsing their goods and services, new research shows.

A study by social marketing platform SocialToaster revealed that Obama is considered the most influential celebrity on social media. Justin Bieber, Lady Gaga, Ashton Kutcher and Anderson Cooper followed the president on the rankings of social influencers.

On the flip side, the research found that former Republican presidential nominee Mitt Romney was the least influential celebrity on social media, finishing just below Madonna, Kanye West and Sean Hannity.

"While it was no surprise that in this election year Barack Obama would be ranked the most influential person in social media, it was surprising to us that Justin Bieber and Lady Gaga would beat Madonna and Kanye West," said Brian Razzaque, CEO of SocialToaster. "We were also surprised to see that friends had more pull than family when it came to influencing the sharing of social media content."

Regardless of whom it comes from, there are some posts that will quickly result in an unfollowing, the study discovered. Nearly three-quarters of those surveyed said a racist post would cause them to immediately unfollow someone on social media. Other types of posts that result in a loss of followers include sexism, pornography, repetitive, overly personal posts and those that use poor grammar.

The researcher was based on surveys of 3,000 SocialToaster Super Fans, which consist of social media experts and professionals, many of whom work with some of the nation’s leading brands. The experts range from those who work in the entertainment industry who represent numerous television shows and movies to those who work in professional sports, including the Baltimore Ravens and the Detroit Pistons.