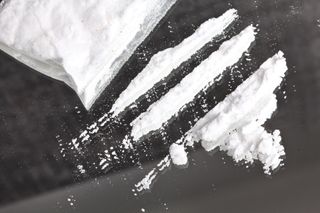 Drug smugglers have resorted to some creative schemes to sneak cocaine, heroin and other contraband past police and border guards, but one recent failed attempt took a rather macabre turn.

A 28-year-old Panamanian woman arriving at Barcelona's El Prat Airport aroused the suspicion of border agents after she answered some routine questions in an irregular way. Agents then conducted a body search, during which they noticed blood-stained bandages and fresh scars on the woman's chest.

She was immediately rushed to a hospital, where an operation revealed two plastic bags, containing a total of 1.38 kilograms (3 lbs.) of cocaine, had been surgically inserted under each breast. The arrest and subsequent operation may have saved the young woman's life: "She was in a very bad state when she arrived," according to a police source, as quoted in the Daily Mail. "She said she was not in any pain, but the wounds looked very bad."

Remarkably, this isn't the first time drug smugglers have used surgery to evade police. Last year, a model at Rome's Fiumicino Airport was caught with breast and buttock implants that carried 2.5 kg (5.5 lbs.) of cocaine. And in 2006, authorities arrested 22 Columbians for smuggling into the United States heroin that had been surgically implanted under the skin of Labrador puppies.

These drastic smuggling efforts are high-risk endeavors, and the drug carriers — often called "mules" — sometimes pay a very high price. In New Zealand, a woman died last year when one of the 26 bags of cocaine she had swallowed burst inside her, releasing about 20 grams (0.7 ounces) of the drug into her intestines.

And in 2007, a 23-year-old woman died on a transatlantic flight when several bags of cocaine leaked after she had swallowed them. Mules usually swallow these drugs after they're placed inside latex gloves or condoms; the drugs are then excreted after arrival in their destination country, often through the use of laxatives.

The imaginations of smugglers seem to have no limits. Other notable (and failed) drug-smuggling operations have hidden drugs inside of hollowed-out cantaloupes, stuffed into spare tires, baked into ceramic dinnerware, swallowed by snakes, shot from a cannon and molded into a plaster foot cast.