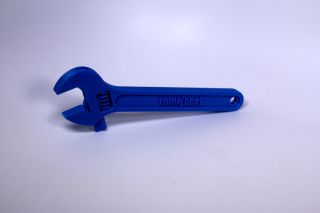 A rise in 3D printing technology won't mean a "Star Trek" replicator in every home to make whatever Americans desire. But the White House has bet big on the idea that 3D printing can revolutionize U.S. manufacturing from within the heart of the Midwest's "Rust Belt" once known for its shuttered steel mills.

President Barack Obama's proposed $1 billion bet on a manufacturing innovation network hinges upon places such as Case Western Reserve University in Cleveland, where the whirring sounds of 3D printers and laser cutters filled the engineering department's invention center on a late Friday afternoon. The university is one of many partners in the federally funded National Additive Manufacturing Innovation Institute (NAMII) — a $30 million pilot institute aimed at boosting 3D printing's use in U.S. manufacturing.

"The real value of 3D printing is to do something that's either not possible or not cost-effective to do with existing technology," said James McGuffin-Cawley, chairman of materials science & engineering at Case Western Reserve University and a member of the NAMII executive board.

3D printing represents the latest version of what industry experts call "additive manufacturing" — a way to turn practically any computer designs into real objects by building them up layer-by-layer using plastics, metals or other materials. The technology could end up affecting every major industry — aerospace, defense, medicine, transportation, food, fashion — and have an even bigger impact on U.S. manufacturing than the robot revolution.

"Even though the technology has been around for more than 20 years, Washington finally gets it," said Terry Wohlers, an independent analyst and leading expert on 3D printing who sits on NAMII's governance board.

Wohlers referred to the fact that manufacturers have used such technology to build models and prototypes to test new product designs for 20 years. The difference with the new NAMII effort is that the U.S. government wants 3D printing to help produce more products stamped "Made in USA."

The strength of 3D printing comes from its ability to make individual, specifically tailored parts on demand, rather than churning out thousands of standard products with a factory's worth of assembly-line equipment. That could prove especially cost-effective for making the complex parts of specialty devices or equipment in small batches or on a one-off basis, such as replacement parts for a fighter jet or the jawbone implant customized for an individual patient's surgery.

"If you're making 10,000,000 trash cans for sale at Wal-Mart, then no — you might prototype those things with 3D printing but you won't be manufacturing them that way," Wohlers told TechNewsDaily. "If you're making parts for 50 to 100 military aircraft, then it is a perfect fit."

Aerospace giant Boeing has already proved a pioneer by using 3D printing to make more than 22,000 parts used on civilian and military aircraft flying today. The rest of the U.S. aerospace industry is trying to catch up fast — GE Aviation announced its purchase of two companies in Ohio, Morris Technologies and Rapid Quality Manufacturing, last month. GE Aviation's idea is to use its newly acquired 3D printing capabilities to make jet engine parts. [Video: A 3D Printer Of Your Own: When Will You Have One At Home?]

Similarly, 3D printing is poised to shake up the medical industry, said David Dean, director of the neurological surgery imaging laboratory at Case Western Reserve University. He pointed to the possibilities of 3D-printed hip and knee implants fitted precisely to each patient that can avoid the medical problems related to today's less well-fitted implants.

"I imagine not only the patients wanting it because it's going to be better for them immediately, but also not needing the reparative surgeries that follow on from having something that doesn't work as well," Dean said. "That will save money in the long run even if the technology is initially more expensive."

Bridging the valley of death

But private companies can't create the 3D printing revolution in U.S. manufacturing all by themselves. Much of the technology still lacks the level of strength, quality and precision needed to make gears or devices that can reliably work inside complicated, expensive machines or devices with possible life-or-death consequences.

"Manufacturing is much more demanding and complex," said Ralph Resnick, acting director for NAMII. "We need to have projects that have material properties that can meet the necessary requirements, that can be repeatable, and that can be identical from machine to machine, day to day — especially in demanding industries such as aerospace and defense."

That's where the NAMII, the new manufacturing institute, comes into play. It uses government funding as the proverbial carrot on a stick to get companies to work together with universities and nonprofits on helping 3D printing technology for manufacturing cross the so-called "valley of death" — the period of development between a lab's proof-of-concept and commercial product when private funding is often lacking.

The U.S. Department of Defense has headed the government charge by contributing the lion's share of the $30 million for the new additive manufacturing institute. NAMII takes its inspiration from the National Center for Defense Manufacturing and Machining, an organization first funded 10 years ago and currently led by Resnick, which has saved more than $500 million for the U.S. military.

Much still needs to be done. NAMII just officially opened its doors in August and issued its first call for projects in late November. The institute has an office at a business incubator in Youngstown, Ohio, where 3D printers donated by companies are available for use by NAMII partners. Many partners hail from former Rust Belt cities transformed into "Tech Belt" cities stretching from Toledo, Ohio, to Bethlehem, Pa.

If NAMII proves successful and perhaps even financially self-sustaining by the time its federal funding is used up within three years, the U.S. government could use its lessons to build the rest of a $1 billion manufacturing innovation network proposed by the Obama administration.

Back in the Case Western lab, students seemed not to feel the weight of such responsibility on their shoulders as they chattered and worked on their projects. A sense of fun pervades even the lab's décor — three wall clocks showed the same time as they sat above signs bearing the names of Tech Belt cities such as Cleveland, Akron and Youngstown (all three cities are in the U.S. Eastern time zone).

McGuffin-Cawley said that he wants to add Pittsburgh to the clocks to better reflect the broader Tech Belt region. But the hands of the clocks won't have to change — they'll simply continue their synchronized march into the future, one minute at a time.