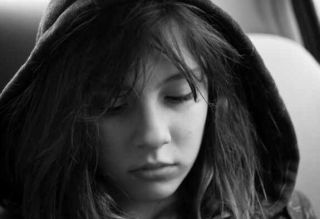 A new study shows that teens who take part in extracurricular arts' activities, such as music, drama and painting, are more likely to report feeling depressed or sad. This holds true even for artsy teens who also play sports. However, jocks who participate exclusively in sports are the least likely high-schoolers to report depressive symptoms, the researchers said.

"This is not to say that depression is a necessary condition for either a teen or an adult to become an artist, nor are we showing that participating in the arts leads to mental illness," study researcher Laura N. Young of Boston College explained in a statement. "However, previous research has revealed higher rates of mental illness symptoms in adult artists. We were interested in whether this association is present earlier in development."

Young and her colleagues looked at the rate of depressive symptoms and extracurricular activities among American teens, drawing on data from a longitudinal survey of 2,482 students ages 15 to 16 who were monitored from 2002 to 2010.

As part of the survey, the students indicated how often they participated in "lessons in music, art or drama, or practice of music, singing, drama, drawing/painting," and "sports lessons, playing sports or practicing any physical activity" after school, with answers ranging from "often" to "almost never." The teens also were asked how often they experienced poor appetite, restless sleep, difficulty concentrating, sadness and lack of motivation, among other problems associated with depression. (Past research has found teens who reported trouble sleeping at ages 12 to 14 were more than twice as likely to have suicidal thoughts at 15 to 17 years old than restful teens.)

Compared with boys, teen girls were more likely to partake in after-school arts' activities and to report depressive symptoms, the researchers found. Regardless of gender, students drawn to the arts had higher rates of depressed feelings than their peers who weren't picking up paintbrushes after school.

The research builds on studies that show a link between creativity and symptoms of mental illness, which the team speculates could arise from certain cognitive traits shared by people who are drawn to the arts. For example, this group might absorb an excessive amount of stimuli from their environment, which could lead to general distress and depression, but also greater creativity and artistic expression, the researchers said.

"Further research can address the question of whether potential psychological vulnerabilities can be transformed into strengths through the practice of the arts," Young added.

The research was detailed in the journal Psychology of Aesthetics, Creativity, and the Arts.