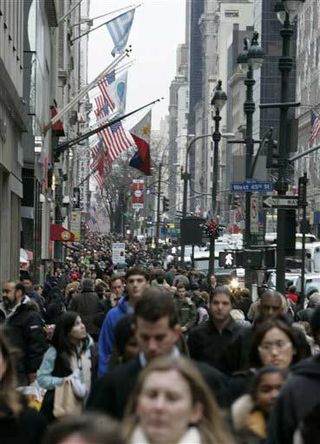 Men are more tolerant of discrimination than women are, but both tend to accept prejudice against some immigrants and Arab-Americans, according to a new study.

The results come from telephone and online surveys of more than 3,300 people conducted in 2002 by University of Southern California researchers. Each of the questions dealt with a form of discrimination that targets a distinct class of people.

Here are some details of the overall findings:

- The “sex gap” – that is, the difference between the percentages of men and women accepting discrimination, as a percentage of their average – was smallest when it came to discriminating against Arab-American airplane passengers and greatest in regard to African-American motorists, among those surveyed by phone.

- Respondents were least likely to accept discrimination against the genetically disadvantaged, or people who are revealed via genetic testing to be at high risk for diseases that require expensive medical care (6.7 percent of phone respondents, 3.2 percent of online respondents).

Edward J. McCaffery, a USC law professor, who co-authored the study with Timur Kuran of Duke University, said that an individual who sees nothing wrong with certain kinds of biases will often find others objectionable.

“Many political struggles of our time, in the United States as elsewhere, amount to clashes over the appropriate boundary between permissible and impermissible forms of discrimination,” McCaffery said. “We have found that, while discrimination in its traditional forms – based on race and gender – may be receding somewhat, discrimination in other domains, as based on appearance, persists.

Respondents to the telephone and online surveys were presented with five scenarios, each of which dealt with a form of discrimination targeting a distinct class of individuals: Arab-American airplane travelers, seriously overweight people, the genetically disadvantaged, poorly educated immigrants and African-American motorists.

All questions used the same format, first explaining a controversy and then providing a statement in favor of discrimination followed by a consideration of justice. An overwhelming percentage of the respondents chose the equality position in every category.

“As a matter of practice, people morally opposed to discriminatory policies based on reviled forms of prejudice do not insist on equal treatment for everyone, in every context,” McCaffery said. “The surveys reported in this article validate this poorly appreciated fact in reference to several matters of political importance. In addition, they show that expressed attitudes toward discrimination vary by sex as well as context.”

The results will be detailed in the June issue of the journal Political Research Quarterly. The research was funded by the USC-Caltech Center for the Study of Law & Politics.