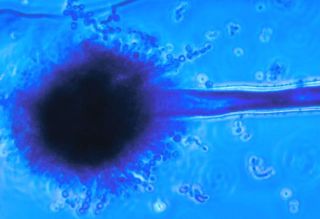 Thousands of people who received recalled steroid injections linked to fungal meningitis have been thrown into a state of limbo — they're being told to watch and wait for symptoms, without knowing if they will develop the deadly disease.

Such "wait and see" health advice can foster anxiety, and even cause people to experience symptoms of a disease they don't really have, experts say.

So far, 245 people have been diagnosed with meningitis after receiving contaminated steroid injections in the spine as a treatment for back pain, and 19 of the 245 people have died, according to the Centers for Disease Control and Prevention (CDC).

But around 14,000 people may have been exposed to the contaminated shots, many of whom have already been contacted by health officials to notify them of their potential risk for infection.

Even if these people feel fine, the CDC is advising them to remain vigilant for symptoms of fungal meningitis, which can be subtle and include headache, stiff neck and sensitivity to light. Because fungal infections can be slow to develop, health officials are advising patients to watch for symptoms for several months after they received the shot.

In addition, the Food and Drug Administration has advised doctors to alert patients to their potential risk for infection if they received any injectable drug made by the New England Compounding Center — greatly increasing the number of drugs under suspicion.

Some people contacted by health officials have put off going to the doctor despite experiencing symptoms of meningitis, while others who do not have symptoms are panicking at every ache and pain, said Dr. William Schaffner, chairman of the department of preventive medicine at Vanderbilt University.

Such varying responses are typical of situations in which a large group of people receive news that they may have had a toxic exposure, said David Clayman, a clinical psychologist and director of Clayman & Associates, PLLC, a consulting company in Charleston.

"There can be a thousand different ways they are going to react," Clayman said. "I'm always amazed by how resilient some people are, and how nonresilient other people are," he said.

The stress of such news causes some people to experience an increased activity in their automatic nervous system — the flight or flight response, said Steven Tovian, a clinical health psychologist at Northwestern University's Feinberg School of Medicine. This, along with thoughts of the worst-case scenario, lead to an overinterpretation of normal bodily functions, Tovian said.

In other words, a headache brought on by worrying about meningitis might be misinterpreted as a symptom of the disease.

The population of people affected by this outbreak — who are in chronic pain, and have been searching for relief for their condition — is one that is particularly vulnerable to psychological distress, compared with people who have not had a long-term medical condition, Clayman said. On top of their previous pain and frustration, they now have the added stress of a potential infection, Clayman said.

Moreover, this can lead to conflict in families. For instance, a couple may argue if one partner thinks the news is worrisome, while the other thinks it is no big deal, Clayman said.

Tovian advised those who experience worry during a "wait and see" period to distract themselves with daily activities, and get back into a normal routine. "Worrying doesn't help," Tovian said.

At this time, health officials are not recommending that people be treated who were exposed to the recalled drugs, but are not experiencing symptoms.

That's because it's unclear whether the treatment for fungal meningitis — anti-fungal medications — could ward off this particular form of the disease, Schaffner said. In addition, many doctors do not have experience with these drugs, and it's unclear how long patients might need to take them to be protected, Schaffner said.

Pass it on: Waiting for a disease diagnosis can provoke anxiety, but the way people react can vary greatly depending on their personality.