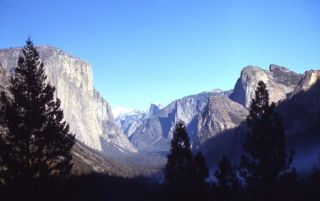 Two people have died from the rodent-borne disease called hantavirus after staying in Yosemite National Park, suggesting that the California park hosts many rodents, especially mice, infected with the virus.

The virus kills 38 percent of infected people, according to the Centers for Disease Control and Prevention, filling its victims' lungs with fluid and essentially drowning them.

The disease is rare — there have only been around 600 reported cases in history, said Dr. Bruce Hirsch, an infectious disease specialist at North Shore University Hospital in Manhasset, N.Y.

The virus cannot be spread from person to person, and people generally become infected by being close to contaminated rodent droppings or urine and inhaling airborne particles.

In order for a person to become infected, Hirsch said, "the virus has to be present enough in the rodents, the rodents have to come into contact with humans, and humans have to inhale it." These specific conditions may explain why there are so few cases, he said.

The Yosemite cases may be partly the result of good weather that increased nut production, and led to increased mice populations, Hirsch said. Besides the two deaths, at least one other person was sickened by the disease and officials said other cases could emerge.

Because the virus is transferred through the rodents' droppings, the best way to protect against it is to keep things clean and free from mice, Hirsch said. While it may not be possible to make a campground like those in Yosemite impermeable to mice, keeping personal belongings clean may help.

People who have been in Yosemite recently should monitor their health and tell any health care professionals that they were recently in the park. The disease is treatable, but it often goes undiagnosed until it's too late, Hirsch said.

Pass it on: The hantavirus outbreak is likely the result of many rodents in Yosemite National Park.