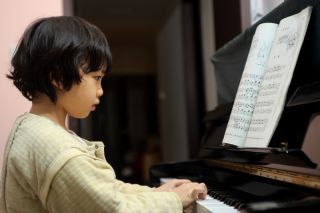 Years of playing the piano will alter the brain, but what about years of tuning the instrument? New research show that changes the structure of the mind, too.

Neuroscientists in the UK scanned the brains of 19 professional piano tuners and 19 control subjects. The researchers found that the tuners, all of whom practiced their trade by ear, had very specific changes in both the grey matter and the white matter in the hippocampus.

The alterations correlated with the number of years on the job, but not age or musical expertise, the researchers said. And the changes did not occur in the part of brain that processes sound.

"Perhaps surprisingly, the changes related to tuning experience that we found were not in the auditory part of the brain," researcher Sukhbinder Kumar, of Newcastle University, said in a statement. "In fact, they actually occurred in the hippocampus, a part of the brain traditionally associated with memory and navigation."

The researchers, who published their work in the Journal of Neuroscience, said these changes might reflect the piano tuners' specialization in navigating "pitch space" when tuning a piano, a statement from the Wellcome Trust, a British research fund, explained.

Previous research in the UK showed that a different part of the hippocampus also associated with memory and spatial navigation was altered in taxi drivers' brains.