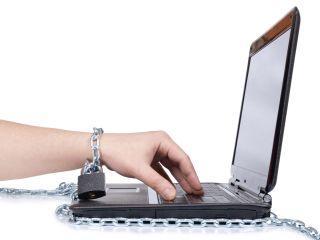 Are you addicted to the Internet? You might be able to blame your genes.

Scientists say they've found a link between a toxic relationship with the Web and a genetic quirk that also plays a role in nicotine addiction.

Researchers at the University of Bonn in Germany interviewed 843 people about their online habits. Of them, 132 showed signs of an unhealthy relationship with the Internet — all of their thoughts revolved around it and their sense of wellbeing was shaken if they couldn't go online. By comparing the genes of the two groups, the researchers found the subset of likely Internet addicts more often carried a mutationon the CHRNA4 gene, which is typically linked to nicotine addiction.

The finding, published in the Journal of Addiction Medicine, adds to evidence that Internet addiction is "not a figment of our imagination," lead author, Christian Montag, said in a statement. [6 Signs You're Addicted to Facebook]

"If such connections are better understood, this will also result in important indications for better therapies."

Montag and his team noted that additional studies with more subjects are needed, especially to further investigate their finding that the genetic mutation occurred more in Internet-addicted women.

"The sex-specific genetic finding may result from a specific subgroup of Internet dependency, such as the use of social networks or such," said Montag.