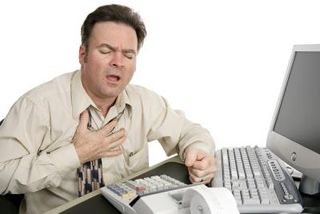 Workers who can take paid time off when they are sick are less likely to suffer on-the-job injuries, according to a new study.

Employees with paid sick leave were 28 percent less likely to experience a work-related injury, compared with employees who did receive paid sick time, researchers from the Centers for Disease Control and Prevention (CDC) found. Workers in the highest-risk occupations, such as construction or manufacturing, may benefit the most from paid sick leave, the study found.

The researchers studied data collected from 38,000 workers who participated in the National Health Interview Survey between 2005 and 2008. The link between getting sick time and a reduced risk of injuries held even when researchers accounted for variables that could affect injury rates, such as age, sex and pay rate.

Injuries could be more likely to happen when workers are sick, because they could be drowsier, less focused, or taking certain medications that may impair concentration, the researchers said.

The injuries workers experienced included sprains and tears, cuts or fractures, as well longer-term injuries such as herniated discs, cartilage damage and even spinal cord injuries.

“This study highlights how our work lives and our personal health are intertwined,” said Dr. John Howard, director of CDC’s National Institute for Occupational Safety and Health, who was not involved in the study. The study is in line with previous research showing that employees who receive paid sick leave recover from illnesses more quickly, and suffer fewer complications from minor injuries.

The study was published today (July 30) in the American Journal of Public Health.