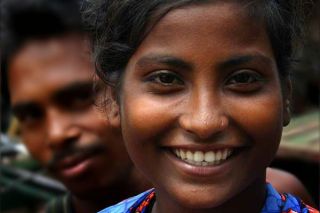 Who's smarter: men or women? Judging by IQ scores alone, the answer used to be men. In fact, the gap between men's and women's performance on IQ tests has long ignited questions about the test's fairness. But now, women appear to be beating men at their own game: For the first time in history, they score higher on IQ tests.

The new finding comes from James Flynn, a New Zealand-based intelligence researcher who has tracked worldwide fluctuations in IQ (or "intelligence quotient") scores for decades. Flynn said women's IQs have lagged behind men's for about a century, at times by as many as five points. But they have now closed the gap in all the countries that Flynn analyzed, and have even gained the edge in this battle of wits.

"Over the last 100 years, everyone in the developing world has been gaining about three IQ points, but women have been gaining faster," Flynn told ABC News. "This is the result of modernity. In every country where women have an equal chance of modernity, women have caught men [in IQ testing]."

Flynn compiled test-takers' scores on a standard IQ test, called the Raven test, in Australia, New Zealand, South Africa, Estonia and Argentina. Each country tested at least 500 men and 500 women, most between ages 15 and 18.

"In all of those samples, women are the equal of men, perhaps scoring a half point or a point higher," Flynn said. He plans to publish the new results in a forthcoming book.