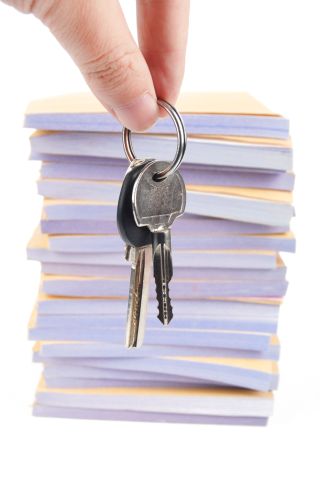 A popular new petition asks U.S. government agencies to require any research they fund to be free to anybody to read. The move may help innovation in the U.S.
(Image: © anaken2012 | Shutterstock.com)

We are in the middle of what activists are calling an "Academic Spring," in which scientists are revolting against the companies that publish their research. The scientists say the prices being charged for subscriptions and copies of academic papers based on taxpayer-funded research are exorbitant. Thousands of scientists around the world have signed petitions and staged boycotts. The latest petition, posted on the White House's "We the People" site, has garnered more than 14,000 signatures over the past four days.

Meanwhile, a group of important stakeholders in the dispute tends to be overlooked: startups and small businesses. Small biomedical and energy companies, for example, read many academic papers.

Here at InnovationNewsDaily, we wondered how the new petition is viewed by startups and how it would affect innovative ideas.

While publishers maintain that the prices they charge reflect the work they do in selecting the best research and editing it, the small-company founders we interviewed agreed that they would benefit from freer access. At the same time, one sympathized with the publishers' viewpoint. [ CEO Roundtable: How Do You Innovate? ]

"Obviously we have to keep up on the latest science out there," said Brian Glaister, CEO of a Seattle-based startup called Cadence Biomedical. His company is working on a spring-powered device that people with weak legs can wear to help them walk.

"It's a pain in the butt if we can't get access" to a paper, Glaister said.

He goes to a University of Washington library, where the papers can be read for free, to look up studies he really needs, but that can take too much time, he said. He pays per article if he's in a crunch. He says his company, which plans to launch its first commercial product in a few weeks, cannot afford the small-company subscription deals that publishers offer: He needs access to so many journals by so many publishers, the total cost would be prohibitive.

Glaister said he supports academic researchers who have refused to publish in subscription-based journals. Some of the best papers in his field have appeared in "open access" journals that let readers see their papers for free, he said. Examples include the Journal of Neuroengineering and Rehabilitation and PLoS ONE.

The "We the People" petition asks for all research funded by U.S. government agencies – such as the National Science Foundation, the Department of Energy and the U.S. Environmental Protection Agency – to appear for free within a year of publication. That policy already applies to National Institutes of Health-funded research.

"I think it would be very helpful," Glaister said. "A surprisingly large amount of medical research these days is funded by the Department of Defense, and it'd be good to get quicker access to that research."

Another small company that feels the pinch of paying for journal articles is AltaRock Energy, a geothermal energy startup also based in Seattle. "I would like it if we didn't have to pay so much for these articles, and I sometimes skip some due to cost," Susan Perry, AltaRock's president, wrote in an email to InnovationNewsDaily. [ Clean Energy Startups Need U.S. Government Help ]

She said she was aware when university scientists began boycotting Elsevier, a company that publishes thousands of journals, but that AltaRock couldn't afford to join because Elsevier journals cover niche areas important to her company.

Perry also said she is sympathetic to the publishers. Unlike Glaiser, she does pay for a subscription service, spending about $1,000 a year, and said she thinks the price is fair. "Without some kind of subsidy, these publications couldn't exist," she wrote. "Until we find another way to pay for peer-reviewed publications to cover specialized areas such as geothermal or seismology, small businesses like ours have to just suck it up."

Not every demand of Academic Spring proponents is opposed by subscription-based journals. When asked about the new petition, a communications officer for the American Association for the Advancement of Science responded that the AAAS already makes articles published in its journals, including Science, free after a year.

Rockefeller University Press, which publishes the Journal of Cell Biology and other journals, explicitly supports the petition. Rockefeller articles are already free after six months under a Creative Commons license. "We have shown, by providing that sort of access over the last 10 years, that doing so is compatible with a traditional subscription-based business model," said Mike Rossner, the publisher's executive director.

Rossner, in fact, is one of the four people who originally put up the petition. "It can only improve innovation," he said. "We believe that providing public access to our content is the right thing to do."

On the other hand, the Association of American Publishers, a trade group representing 300 companies, including the American Association for the Advancement of Science and Rockefeller University Press, opposes the petition's aims. "We oppose government mandates on research publications and believe – along with the Scholarly Publishing Roundtable, the Association of American Universities and many others – it is unworkable to make the NIH policy serve as a one-size-fits-all rule across all agencies and all disciplines," Andi Sporkin, a spokeswoman for the publishing association, wrote in an email.

Rossner and his colleagues' petition would need 25,000 signatures in 30 days to receive a response from the Obama administration. That response could be as simple as a written reply, acknowledged Heather Joseph, one of Rossner's colleagues in SPARC, a trade group for libraries. At the other end of the spectrum, the White House could issue directives in line with the petition's stance.

Meanwhile, bills similar to the petition are sitting in committee in the House and Senate.

Though activists have long worked for this issue, this is the first time they've gotten such widespread attention from researchers both in the ivory tower and in industry. Subscription-based publishers may soon need to face some forced change and innovation.