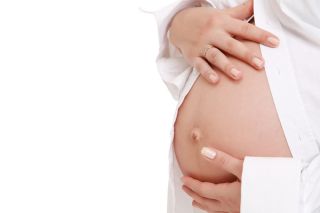 Gaining too much weight during pregnancy could hurt your baby later in life, new research suggests.

"We know now that events occurring early in life to fetuses have long-lasting consequences for the health of the adult person," study researcher Hagit Hochner, of Hebrew University of Jerusalem, said in a statement.

Researchers already knew gaining too much weight during pregnancy can cause overweight children and adolescents, but this study indicates that excess weight gain before and during pregnancy can have even longer-lasting health consequences. This new study found a direct correlation between this maternal weight gain tendency of offspring to be overweight, have high blood pressure and excess sugar and fat levels in the blood at age 32.

"In an age of an 'overweight epidemic' in the world, it is important to know the factors that are involved in leading to overweight and other health risks," study researcher Orly Manor, also of Hebrew University, said in a statement. "This understanding makes it essential that we identify those early windows of opportunity in which we can intervene in order to reduce the risks of chronic illness later in life."

The Mayo Clinic recommends gaining about 25 pounds to 35 pounds (about 11 kilograms to 16 kilograms) during pregnancy, if you start at a normal weight. If you start overweight, you probably shouldn’t be gaining more than 25 pounds (11 kilograms).

The research was published March 20 in the journal Circulation. The researchers analyzed clinical information on 1400 people born in Jerusalem between 1974 and 1976. The data included the weights of mothers before and during pregnancy and the weight of the child at birth. The researchers gathered current clinical data on the babies (now 32) including their weight, blood pressure and sugar and fat levels in the blood, plus measurements of body mass index and hip width.

The results of the research showed a clear influence of the excess pregnancy weight of the mothers on the their children, affecting in turn other risk factors in adulthood.

Similar comparisons were made regarding sugar and fat levels in the blood, all indicating that those born to overweight mothers had detrimental characteristics regarding their health and life expectancies as compared to those born to mothers who had not gained excessive weight.

Additional factors could also have an influence on the phenomenon, including analogous genetic traits of the mother and child or environmental influences during pregnancy, and these would be worthy of further investigation, say the researchers.