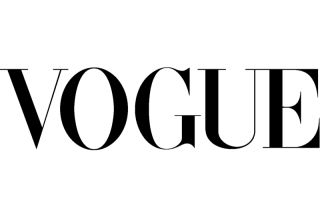 The editors of nearly 20 international editions of Vogue magazine agreed last week to ban from their pages all fashion models younger than 16 or "who appear to have an eating disorder." The move comes at a time when thin models are increasingly being accused of promoting unhealthy body images.

The decision by Vogue to ban eating disordered models was widely welcomed, but its wording leaves it open to confusion and possibly legal challenges.

This is not the first time that the fashion industry has made efforts to curb eating disorders among models. In 2007, the British Fashion Council recommended that models be screened for eating disorders, requiring women to provide a medical certificate showing that they are not anorexic.

Though much of the public may assume most fashion models have anorexia, this has not been proven in medical studies. Research suggests instead that many models engage in disordered eating, which is unhealthy (and potentially dangerous) but does not rise to the level of an eating disorder diagnosis.

This poses a problem for organizations and companies trying to screen out anorexic models, because there is no way to physically test for eating disorders. Instead, the women would be asked a series of questions about their eating habits, which — like drug use or any similarly sensitive topic — could be easily evaded.

And this is precisely why the Vogue ban may ultimately lack teeth.

Cynthia Bulik, director of the University of North Carolina Eating Disorders Program,told Life's Little Mysteries: "You can't tell by looking at someone whether they have an eating disorder. The phrase 'who appear to have an eating disorder' is not clarified in any way — how will they determine that? Who will determine that? Who at Vogue is qualified to make such a diagnosis?

"Basing it on appearance will not capture many unhealthy behaviors that models may use to lose weight. You can be bulimic and be completely normal weight," added Bulik, who is the author of "The Woman in the Mirror: How to Stop Confusing What You Look Like with Who You Are" (Walker & Company, 2011).

While the fashion industry's move is certainly well-intentioned, it's possible that the ban on models with eating disorders may be illegal. Employers, including modeling agencies and fashion magazines, may violate federal law if they discriminate against a person for having a disease.

With so many loopholes, it's likely that this change is mostly cosmetic.

This story was provided by Life's Little Mysteries, a sister site to LiveScience. Benjamin Radford is deputy editor of Skeptical Inquirer science magazine and author of six books, including "Media Mythmakers: How Journalists, Activists, and Advertisers Mislead Us." His website is www.BenjaminRadford.com.