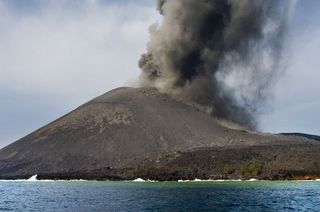 A mysterious, centuries-long cool spell, dubbed the Little Ice Age, appears to have been caused by a series of volcanic eruptions and sustained by sea ice, a new study indicates.

The research, which looked at chemical clues preserved in Arctic vegetation as well as other data, also pinpointed the start of the Little Ice Age to the end of the 13th century.

During the cool spell, which lasted into the late 19th century, advancing glaciers destroyed northern European towns and froze the Thames River in London and canals in the Netherlands, places that are now ice-free. There is also evidence it affected other continents.

"This is the first time anyone has clearly identified the specific onset of the cold times marking the start of the Little Ice Age," said Gifford Miller, a geological sciences professor at the University of Colorado, Boulder, and the lead study researcher. "We also have provided an understandable climate feedback system that explains how this cold period could be sustained for a long period of time."

The cause appears to have been massive tropical volcanic eruptions, which spewed tiny particles called aerosols into the atmosphere. While suspended in the air, the aerosols reflect solar radiation back into space, cooling the planet below.

The cooling was sustained after the aerosols had left the atmosphere by a sea-ice feedback in the North Atlantic Ocean, the researchers believe. Expanding sea ice would have melted into the North Atlantic Ocean, interfering with the normal mixing between surface and deeper waters. This meant the water flowing back to the Arctic was colder, helping to sustain large areas of sea ice, which, in turn, reflect sunlight back into the atmosphere. The result was a self-sustaining feedback loop.

Miller and colleagues came to these conclusions by looking at radiocarbon dates — based on how much of the radioactive form of carbon they contain — from dead plants revealed by melting ice on Baffin Island, in the Canadian Arctic. Their analysis found that many plants at both high and low altitudes died between A.D. 1275 and A.D. 1300 — evidence that Baffin Island froze over suddenly. Many plants also appeared to have died at around A.D. 1450, an indication of a second major cooling.

These periods coincide with two of the most volcanically active half centuries in the past millennium, according to the researchers. [History's Biggest Volcanic Eruptions]

They also found that the annual layers in sediment cores from a glacial lake linked with an ice cap in Iceland suddenly became thicker, indicating increased erosion caused by the expansion of the ice cap in the late 13th century and in the 15th century .

"This gave us a great deal more confidence that there was a major perturbation to the Northern Hemisphere climate near the end of the 13th century," Miller said.

It's unlikely decreased solar radiation, a separate theory to explain the Little Ice Age, played a role, according to the researchers.

The research will appear Tuesday (Jan. 31) in the journal Geophysical Research Letters.