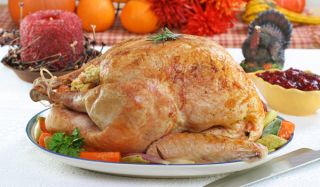 Avoiding foods that contain the amino acid tryptophan might help prepare the body for surgery, a new study suggests.

Mice that ate a tryptophan-free diet for a week or two prior to a surgical procedure, or that were treated with a drug that blocked tryptophan's effects in the body, had less damage to their kidneys and higher odds of survival than those that ate a normal diet.

"We're excited about the possibility of simple, brief dietary interventions to reduce susceptibility to surgical stress, and anxious to see if such treatments will work in people in clinical trials," said study researcher Dr. James R. Mitchell, assistant professor of genetics and complex diseases at the Harvard School of Public Health.

However, because the study involved mice, it is still unknown whether the results would apply to humans.

"We don't know how or if this will translate to humans, but we are hopeful," Mitchell said. Ultimately, the researchers would like to find an optimal diet to prepare the body for the stress of surgery, he said.

The study was published today (Jan. 25) in the journal Science Translational Medicine.

What not to eat

Prior studies of fruit flies found that a protein-restricted diet extended lifespan more than carbohydrate restriction, Mitchell said. And because the researchers already knew that calorie restriction helped mice to heal, they wanted to see what role protein in the diet played.

For two weeks, the researchers fed mice either a regular or protein-free diet, and then mimicked surgery in the mice by blocking blood flow in and out of the kidneys. Afterward, they monitored the waste products in the blood to gauge how well the kidneys were working (normally, kidneys eliminate waste).

The stoppage of blood flow that occurred in the mice, known as ischemia, is a common effect of stroke and heart attack in humans, Mitchell explained. Human surgeries can increase the chance of having a heart attack or stroke, but currently few preventative measures exist. Some cardiovascular surgeries have a 10-percent risk of stroke during the procedure.

"If our results in mice translate to people, the possibility exists to use brief dietary interventions to reduce incidence or severity of complications associated with surgery, such as heart attack or stroke," Mitchell said.

The researchers repeated the experiment, feeding the mice for six days instead of two weeks, and achieved the same results.

Next, the researchers set out to find what component in protein, when eliminated, protected the mice from kidney damage. The researchers eliminated specific amino acids, which are the building blocks of proteins, from the mice's diet, and found that a diet free of the amino acid tryptophan was as effective in protecting the kidneys as a protein-free diet.

Finally, they tested a drug to see if it was as beneficial as dietary changes. They injected mice for three to six days with halofuginone, which mimics the effects of being deprived of tryptophan, and found that it protected the kidneys as well.

"Right now, there aren't adequate ways to protect the body" from the risks of surgery, Mitchell said. A specialized diet "would be a potential way to mitigate this risk, so we need to test this in humans," he said.

Other researchers in the field of dietary restriction believe the study has substantial findings.

"The work contains high-impact data. They have linked these changes in diet to stress resistance in a major way, something many of us have been working on for years," said Dr. Holly Brown-Borg, a professor at University of North Dakota School of Medicine & Health Sciences, who was not involved with the study.

Mitchell said the researchers will next focus on how to achieve maximal stress reduction, and if protein or amino acid restriction protects other organs, such as the heart and brain. "We want to know what the optimal diet and optimal timing is," he said.

The study noted that Mitchell has worked as a consultant for L-Nutra, a company that develops medical food to fight diseases.

Pass it on: A mouse study suggests that avoiding foods containing tryptophan might improve the results of surgery, but studies in humans are still needed.