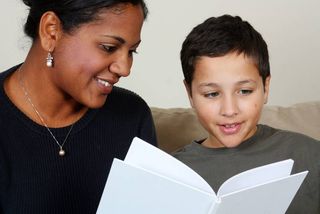 Some personality types are more likely than others to lend a helping hand.
(Image: © Rob Marmion | Shutterstock)

Some personality types are more generous than others, with humble people more willing to lend a helping hand than their arrogant counterparts, new research suggests.

Humble people may be more down to earth than arrogant people, but that doesn't mean they think poorly of themselves. "In fact, rather than being insecure or reserved, humble people seem to be characterized by an accurate view of themselves, understanding of their strengths and weaknesses and comfort[able] with them," lead researcher Jordan LaBouff, of the University of Maine, told LiveScience.

The study, published online this week in the Journal of Positive Psychology, adds to past research on the positive side of humility. For instance, a study to be published in the Academy of Management Journal, found that humble people make more effective and better-liked leaders than those who wear their achievements on their sleeves.

Even so, very few studies have shown any effect of personality on helpfulness, said LaBouff, a lecturer in psychology. "The only other personality trait that has shown any effect [on helping behavior] is agreeableness, but we found that humility predicted helping over and above that, " said LaBouff, who collaborated on the study while a doctoral student at Baylor University.

In the first of three studies, 117 participants indicated their level of humbleness and helpfulness. They also completed a questionnaire on the Big Five personality traits, which are five basic attributes that describe the spectrum of human personality.

Those traits are openness (a willingness to explore new things), conscientiousness (a tendency toward self-discipline), extroversion (social exuberance), agreeableness (compassion and care for others) and neuroticism (a tendency to experience negative emotions).

Those who indicated they were humble also tended to say they were helpful. The results held even when the researchers accounted for personality factors, such as agreeableness, that could impact helpfulness.

To make sure the humble results were accurate and that volunteers weren’t either exaggerating or under-reporting their humbleness, the team ran other studies using an implicit measure of humility.

For instance, in another study, 90 students listened to a recording about an injured student who couldn't always make it to classes, which they were told might be broadcast later on the campus radio station. Each participant then indicated how many hours over the next three weeks they would be willing to meet with the injured student to help him or her out. Those who scored higher on humility offered more helping time than less humble students.

Next, 103 participants completed both implicit and self-report measures of humility. For instance, students had to associate as quickly as possible traits that applied to themselves, with humble traits including: humble, modest, tolerant, down to earth, respectful and open-minded. Words associated with arrogance included: arrogant, immodest, egotistical and conceited. Again, the researchers found more humility was linked to more helping behaviors.

"There are several reasons why humility might lead to more helpful behavior," LaBouff said. "One aspect of humility is relatively low self-focus, humble persons may have more time, resources, and attention to direct towards peers in need."

The researchers are also interested in figuring out how to cultivate humility. " If we can increase humility, either in the short term or the long term, we might be able to increase those pro-social behaviors," LaBouff said.

They're also interested in whether "humility is beneficial in other contexts, such as scientific and medical advancements or leadership development," study researcher Wade Rowatt, an associate professor of psychology and neuroscience at Baylor University, said in a statement.