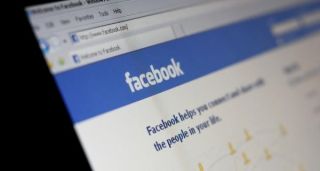 A person's pattern of "likes" and "friends" on Facebook may betray their hipster tendencies, suggests a new study that found when more of your friends like the same alternative and indie bands as you, you are more likely to stop liking the bands.

The opposite was found on classical music tastes, which seem to be contagious between friends. Overall, however, the research found that most tastes aren't spread among friends, with most people seeking out Facebook friends who are already similar in their tastes.

"In the past three years we've been pounded over the head with the idea that everything spreads and everything is contagious, and your peers can influence you in so many ways," study researcher Kevin Lewis of Harvard University said, referring to recent studies, including one that suggested obesity is socially contagious. "Once you disentangle these things, you find that peer influence plays a minimal role," at least in the Facebook setting.

"Students who share some tastes in music and in movies are indeed more likely to become friends, but it's very rarely the case that students adopt the preferences of their friends," Lewis said.

The researchers examined the Facebook activity of about 200 college students over four years, beginning when they were freshman in March 2006. Annual information was collected about their social networks (who they are "friends" with) and their "likes" (the music, movies and books they've liked on their profiles). This data was combined with academic and housing data on each of the students.

They found that students who shared particular tastes in music and movies, but not books, were likely to befriend one another, instead of these tastes passing from one friend to another. Students tended to befriend others who shared musical tastes in "light/classic rock" or "classical/jazz" or liked movies in the "dark satire" or "raunchy comedy/gore" genres.

There were outliers: Tastes in classical/jazz music were contagious between friends, students whose friends expressed tastes in "indie/alternative" music were significantly less likely to express these tastes themselves.

"Part of liking these [indie/alternative] bands is not just liking them, but liking them before everyone else likes them," Lewis said. "The students feel like, 'this sets me apart from others, and if someone else starts liking this band, it make me less unique.'"

Facebook friends shared other similarities as well: their housing, college major and friends. All of these similarities had major influences on the odds of two students becoming and staying friends over four years on Facebook.

The finding supports past studies, which have shown over and over that social networks are homogeneous — like a soup, members of your social network tend to be similar to you in their likes and backgrounds.

"We all seek out similarity in our friends. This is the case on Facebook as well, we find racial and socioeconomic segregation, and two students sharing a major are especially likely to be friends," Lewis said. "These are all things sociologists and social scientists had known that we were able to replicate."

These similarities between friends indicate that online social interactions serve to strengthen a student's social ties with those they already resemble. People befriend others who are similar to them rather than becoming more similar to their friends over time, according to the study authors, who detail the research today (Dec.19)  in the journal Proceedings of the National Academy of Sciences.