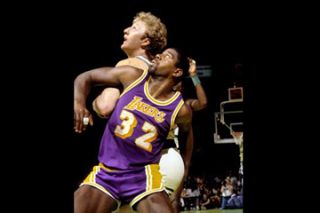 Basketball fans rejoiced on Nov. 26 when National Basketball Association players and owners agreed to end the lockout that has already canceled more than a month of the regular season. The first games of the abbreviated 2011-2012 season will tip off on Christmas day after a brief preseason run-up.

To twist a common phrase, could the NBA lockout add injury to insult? Some sports medicine specialists think so. With far less time than usual for NBA athletes to prepare with team medical staff for intense game-day action, some doctors predict that players could suffer more injuries than normal in this strike-shortened season.

"A couple weeks preseason is probably not enough time to get ready for a season," said Timothy Hewett, professor and director of research at The Ohio State University Medical Center’s sports medicine department. "The question is: Has this lockout put players at risk?"

Hewett's concern stems from his research following injury trends in professional, collegiate and high school-level sports. In a study in the October issue of the Journal of Orthopaedic & Sports Physical Therapy, Hewett examined the higher-than-expected incidence of Achilles tendon injuries this season in the National Football League, which like the NBA, recently underwent a preseason-shortening lockout.

A ruptured Achilles tendon — the band of elastic tissue that connects the heel bone to lower leg muscles — is a season-ending injury, Hewett said. A third of the NFL players who tear the tendon never play again. It's also a good barometer for comparing injuries across sports as different as basketball and football: The diagnosis is typically easy, and it's often a non-contact injury, usually sustained when a player lands awkwardly after jumping. [Does Stretching Really Prevent Injuries?]

Over the past decade, an average of four players tear an Achilles tendon in a typical six-month NFL season (including the preseason and postseason). So far this NFL season, the rate of this  devastating injury has quintupled, with perhaps as many as 20 serious Achilles tendon injuries reported, Hewett said.

The culprit, he suggested, is a lack of preseason preparation. The 130-day NFL lockout delayed the summer training camps where players typically work on strength training, balance training and plyometrics, which increase the speed of muscular contractions. The NBA lockout, which similarly prevented players from accessing team facilities and training staff, lasted 149 days.

"These teams have a very structured offseason training program where they do a lot of injury prevention-type neuromuscular training," Hewett said.

Such a long layoff could bode ill for similarly poorly prepared NBA players jumping into a hard post-lockout season. "Given that in the NBA we also have this historical lockout, the trend in the NFL might be potentially applicable to the NBA," Hewett told Life's Little Mysteries.

No doubt, some players will have kept up on preseason regimens with personal trainers. But in the absence of a team's professional sports medicine specialists, not everyone's muscles, tendons and nerves will be properly primed. [How to Shoot a Perfect Free Throw]

"Did some of these guys follow the routines they've followed in the past? I'm sure they have,"  Hewett said. "I'm also sure there are a lot of players who played a ton of basketball but laid off their preparatory exercises. I think that will increase the relative risk in these athletes [for injury]."

Correlation is not causation, of course, Hewett said. It could be that the apparent spike in injuries in the NFL this season is just a statistical outlier.

"You have to wait and see and not rush to judgment," said David Geier, director of sports medicine at the Medical University of South Carolina, who is not involved in Hewett's research.

Yet the potential for the NFL lockout and the just-resolved NBA lockout to ultimately have an impact on players' health is real, Geier agreed.

"In theory, it makes sense and is absolutely possible," Geier said. "As athletic as these guys are, being in great physical shape is not the quite the same as being in 'game shape.'"

Hewett said it takes about six weeks of training to properly develop muscles and three to four weeks to improve neurological control of muscles, both key to avoiding injury.

"I think doing something is better than nothing — the players need to start preparing now,"  Hewett said. "At the same time it is going to be difficult to make marked differences in their relative risk profile given the time period left in this preseason."

Another pressure given the lockout: Every game in the likely 66-game season counts more toward reaching the playoffs than in a regular 82-game season. Star players on marquee teams, such as the Los Angeles Lakers' Kobe Bryant, LeBron James of the Miami Heat, or the Boston Celtics' Paul Pierce, might not get the luxury of resting on the sidelines for a quarter or taking a night off late in the season.

Naturally, only time will tell if injuries possibly relatable to a lack of preseason prep happen,  Geier said. "NBA players don’t get enough credit for what their bodies go through traveling and playing night after night."