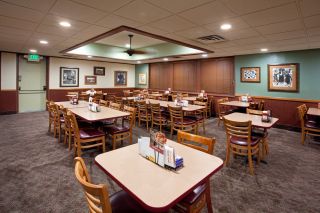 Alternative lighting is emerging as a potent method to combat the energy crisis. Light-emitting diode lighting technologies could provide an innovative way to save energy and make wasteful lighting obsolete.

Cree LED Lighting is manufacturing such a technology in Durham, North Carolina. Cree focuses on the production of light-emitting diode (or LED) lighting, power and communications devices, all of which are supported by advancements in silicon carbide semiconductor technology.

Although Cree's work led to semiconductor applications for power and radio technology, Cree's most successful products to date are LED lights using their silicon carbide semiconductors.

If widely adopted, the potential impact of LED lights on national energy consumption could be enormous. "On average, LED lighting can save up to 85 percent of the electricity used by incandescent bulbs, since most of the energy emitted from those lights is converted to heat instead of light," said Michelle Murray, Director of Communications at Cree. "For fluorescents, depending on whether you compare LED lighting to compact fluorescents or fluorescent tube lighting, LEDs can save between 20 and 50 percent of the energy used by those lighting sources."

"LEDs do not have fragile filaments like incandescent bulbs, or special gases inside, like fluorescents," said Murray.

"Any lighting system is only as good as its weakest part," said Murray. "So good quality solid-state lighting [like LED based bulbs] has a system-level design approach — the LEDs, the optics, the driver and the thermals are all optimized for their specific application. This allows LED lighting to last for years — even decades."

LED lights are not given a lifetime based on failure, like incandescent or fluorescent bulbs. Instead, LED lights are considered in need of replacement when they only provide 70 percent of their original efficacy. The LED technology developed by Cree is engineered to last a minimum of 50,000 hours before requiring replacement, which is greater than the 40,000-hour lifetime of many fluorescent bulbs.

In June 2011, President Barack Obama visited Cree to tour the company's Durham, N.C. manufacturing facilities as well as meet with the Jobs and Competitiveness Council to discuss the direction of American business. The President highlighted Cree technology as a driving force in leading a clean energy revolution and aiding American manufacturing, but LED lighting is still not yet a familiar technology to the public.

"Awareness is the biggest challenge," Murray said. "Awareness about how to buy good quality LED lighting products, and awareness that they already are on the market."

Murray also highlights challenges in educating the public to understand the up-front cost of LED lighting versus the potential payback over the life of a fixture. Initially LED lights cost more than fluorescent and incandescent bulbs, but the savings in energy and bulb replacement typically pay for the LED's higher cost over time.

Editor's Note: This research was supported by the National Science Foundation,the federal agency charged with funding basic research and education across all fields of science and engineering. Any opinions, findings, and conclusions or recommendations expressed in this material are those of the author and do not necessarily reflect the views of the National Science Foundation. See the Behind the Scenes Archive.