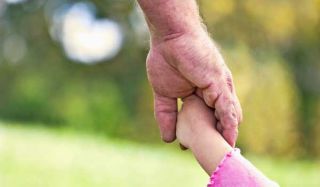 Depression in fathers is strongly linked to behavioral problems in their children, a new study suggests.

"There are countless articles on the effect of depression and other mental health problems in mothers on children, but this is virtually the first paper that we are aware of that has looked at similar effects in fathers," said study author Dr. Michael Weitzman, of New York University School of Medicine.

To be sure, the researchers also found that 20 percent of children with a depressed mother had behavior problems, and the number rose 25 percent if both parents were depressed.

"Despite all the progress in the past generation, and facilitating women's presence in the workplace… we find no attention to similar efforts to enhance the effects of fathers in raising their children," Weitzman said. "I think that depression is one of the greatest and least addressed public health problems in the nation, if not the world."

The study was published online today (Nov. 7) in the journal Pediatrics.

Weitzman said that in the coming years, world events could lead to an increased rate of depression among adults, and a corresponding problem for the next generation.

The researchers examined data on 22,000 children living in two-parent households (biological, adoptive and step parents were all included). The data were collected during the Medical Expenditure Panel Survey, a government study conducted from 2004 to 2008 in which trained interviewers visited homes and asked an adult about the health of the household.

It's unclear exactly how depression in parents and behavior issues in children interrelate, and the study was not designed to tell if the two have a cause-and-effect relationship.

And children's behavior problems can cause stress, and affect the mindset of the parents.

"Psychology recognized years ago that you really need to have the arrow going in both directions," said Sherryl Hope Goodman, a professor of psychology at Emory University.

Treat the parent, help the child

While the study sheds light on what might be a neglected area of therapy, it had some limitations, Goodman said. The study did not connect specific behavior problems in children with depression in fathers, she said, and there may have been some reporting bias on the part of parents.

In 2002, Goodman reviewed existing research that compared psychological issues in mothers to those of fathers, in terms of the effects on children.

"The bottom line conclusion — I strongly agree. We need to be concerned with children whose fathers are depressed, [although] there's less concern than if the mother is depressed," Goodman said.

"The importance of [the study], to me, is what it says to clinicians who are treating adults. It's important, whether it's the mother or the father, to consider the impact of the parent's challenges on the development of the child," said Raymond Firth, policy initiatives director for the University of Pittsburgh's office of child development.

Still, Firth cautioned: "This study doesn't mean all children with fathers with mental health problems are going to have problems themselves. Far from the truth."

Another important issue, he said, becomes whether insurance companies would recognize depression as a risk factor for the rest of the family.

"The insurance company needs to see the work of that therapist as prevention for the children, and to think about it from a preventive perspective rather than waiting for the child to present with an emotional problem," Firth said.