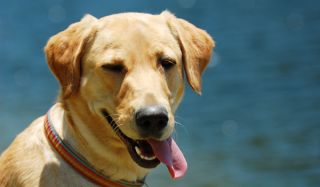 You might think it unlikely that this weekend's switch from daylight saving time (DST) to standard time could throw your cat or dog's busy schedule — eat, sleep, eat, sleep — off-kilter. But, as it turns out, some animals are so in tune with their owners' schedules that falling back an hour can cause our furry friends some confusion.

Just like humans, animals have their own internal clocks that tell them when to eat, sleep and wake up. This biological timekeeper, also known as circadian rhythm, is set in motion by natural sunlight. However, for pets this effect is minimized by the artificial environment they live in, where light comes and goes not only with the rising and setting sun, but most often with the flip of a switch.

"Animals that live with humans develop routines related to human activity — for example, cows become accustomed to being milked at particular times of day, or pet dogs become accustomed to going for walks or being fed at a particular time of day," Holdhus-Small said. "When humans apply daylight saving time to their own lives, if they carry out their routine according to the clock, the animals can become confused."

Holdhus-Small gives some examples of how animals might respond to a time change: If a farm owner arrives an hour later (when the clocks are turned back) to milk the cows, the animals will be waiting, bellowing anxiously because their internal routine tells them that they're late. Conversely, if the farmer arrives an hour earlier (when the clocks are turned ahead) the cows will not be inclined to come in to milk until closer to the "proper" time.

"When humans change the clocks for daylight saving, to suit our preferred working environment, from an animal's point of view, we are suddenly behaving oddly," Holdhus-Small told Life's Little Mysteries. "To the animals, it is inexplicable that suddenly dinner is an hour later or earlier than expected."

This behavior shift could cause animals psychological and physiological stress, Holdhus-Small said. A cow's udder, for example, will continue to produce milk regardless of how we set our clocks and pressure will build up until the cow is milked. Household pets might get grumpy when they show up to an empty food dish at their perceived dinner time.

So when you set your clock back an hour this weekend, remember that your pets need a little paw-holding during the time change. Holdhus-Small suggests gradually changing the animal's activities by a few minutes a day rather than the whole hour at once.