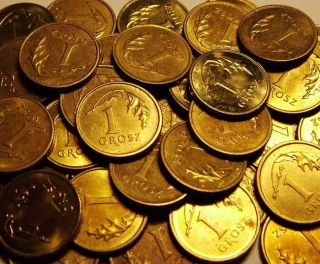 The price of gold is soaring. It surged in value by more than 3 percent on Monday, hitting a record high of $1,715.01 per ounce and achieving parity with the price of platinum, another precious metal, for the first time since 2008.

Gold's rise follows close on the heels of the fall of the United States credit rating. On Friday, the rating agency Standard & Poor's downgraded the U.S. credit from a top-notch AAA to just AA+, deepening investors' anxieties about financial markets and government-issued equities.

James Rife, an assistant portfolio manager at Haber Trilix Advisors, which manages $2 billion in assets, explained the sharp rise to Reuters India. "[Gold] acts as the only currency that you can't print more of, and you are seeing a huge institutional demand for it," he said.

According to data from the Commodity Futures Trading Commission, which collects information on holdings of futures and options, and Reuters, investors bought more than 18 million ounces of gold in the last month alone. This is more than twice the total amount purchased from January to early July 2011.

Though this is not a record high when adjusted for inflation, gold has never before cost more than $1,700 an ounce. JP Morgan told the press that it expects gold prices to climb to as much as $2,500 an ounce by the end of the year.